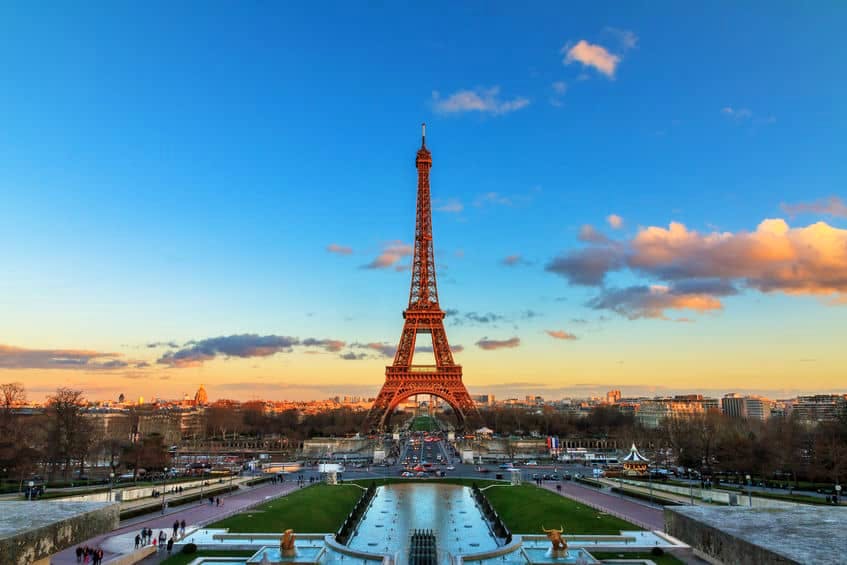 HONORE’ DE BALZAC: “Paris is in truth an ocean that no line can plumb.”

Paris, the capital and the most popolous city of France, has a favourable geographical position, which makes it an important transportation and business hub in the European continent. Indeed, it is a cultural, political and economic centre of undisputed prestige. It also houses the headquarters of the OECD (Organization for Economic Cooperation and Development), an international organization which promotes economic progress and world trade, and UNESCO (United Nations Organization for Education, Science and Culture), a specialized agency of the United Nations created with the purpose of promoting peace and understanding among nations through education, science, culture, communication and information.

There are a thousand and one reasons to go to Paris. The very first attraction to visit is the Tour Eiffel, born as a temporary structure for the Universal Exposition of 1889 and for over 130 years the symbol of Paris, it was designed in 1884 by two engineers: Nouguier Emile and Koechlin Mourice. After the Exposition the Tower was used as meteorological observation post. In Paris we also find the world-famous Louvre Museum, a must visit for those who are ancient and modern art lovers. Inspired by the arches of antiquity, the Arc de Triomphe is a Parisian emblematic monument, which houses the tomb of the Unknown Soldier, whose flame offers a unique view of the Echamps E’lysées every evening. Another important museum is d’Orsay, which houses works belonging to different art movements, including impressionism. As for the Place des Vosges, it is one of the prettiest places in Paris: built according to the “closed square” model, it is surrounded by beautiful buildings. The Musée de l’Armée – Tomb of Napoleon is a vast architectural complex, consisting of a series of buildings expression of the French Baroque classicism.

Another very popular monument in Paris is The cathedral of Notre-Dame, which unfortunately burnt down on 15th April 2019, in the late afternoon. The fire began in the scaffolding that surrounded the cathedral, causing the release of a column of smoke. The blaze broke out at 6:50 p.m.; at 7:52 p.m.  the upper part of the spire collapsed, causing the destruction of the roof. Then, the flames spread to the North Tower. Meanwhile hundreds of citizens were singing the Ave Maria. The fire put finally out at 4 a.m. Emmanuel Jean-Michel Fréderic Macron (politician, banker and President of the French Republic since 2017), reassured the citizens by saying “We will rebuild the cathedral all together”. The restoration work is still continuing today.

If you want to visit Paris, you obviously need a place to stay. According to the online reviews, the best hotel in Paris is the Ritz; located in the heart of the city, on the sumptuous and elegant Place Vendome (in the 4th administrative district), it is one of the luxury hotels par excellence, inaugurated in June 1898 by Césor Ritz. The luxurious rooms are decorated in sumptuous classic French style with chandeliers and elegant marble bathrooms. Another  wonderful hotel is the Shangri-La, located a few steps away from the Eiffel Tower and housed in a historic building built in 1896. It includes everything you would expect from a luxury hotel: mirrored marbles, golden wainscoting, damask fabrics and a lot of history. Lots of suites or rooms offer a breathtaking view of the most famous French monument, the Eiffel Tower, while the three hotel restaurants, guided by the starred chef Cristophe Moret, delight guests with excellent French and Asian dishes.

As for food services sector, for those who love rustic restaurants I would recommend the Robert et Luise, as its specialty is the wood-fired in a crackling fireplace meat.  I recommend Ducasse sur Seine to those who wish to have a family- or a romantic dinner: an unforgettable cruise in the heart of Paris aboard a panoramic and silent 100% electric ship, where you can taste delicious refined dishes by the Chef Francis Fauvel and his brigade of thirty-six chefs and pastry chefs.

Paris is all this and much more… discovering and breathing it preserves the soul!