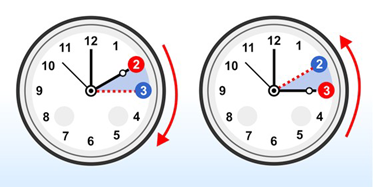 DEBATE: SUMMERTIME AND THE CHANGE OF TIME.

The change of time is a topic that is causing debate in Europe.

On the night of Saturday 27th to Sunday, daylight saving time came into force and solar time ended.  At 2 a.m. we moved the hands forward by 60 minutes. We slept an hour less, but we gained an hour of daylight and longer days.

Daylight saving time is an international convention adopted to make the most of daylight during the summer season and reduce energy consumption.

In Italy it was first introduced during the First World War to save on the use of artificial light. Then it returned in the Second World War, but was not adopted in a stable form until 1966. At European level, since 1996 all Member States have been coordinating the time change and moving the clock forward by one hour in March and back by one hour in October.

One of the reasons why we have been talking for years about abolishing the change of time is its impact on people’s well-being and habits, also supported by scientific studies. If shorter days can cause symptoms of depression, the arrival of summer time, with more hours of light and less hours of sleep, leads to temporary decompensation comparable to a small jet lag.

I have always associated the change of time only with the question of light. I would never have thought how many and what kind of repercussions it could have on human beings. Instead, I read that the Sleep Foundation has found that changing the time causes short-term heart and mood problems. We should take precautions by going to bed a little earlier, paying attention to our diet, preparing ourselves gradually a few days earlier, activating breathing techniques and so on. Although these statements are the results of scientific studies, I think that few, if any, follow them. I think it is enough to rely on common sense and do what your body requires.  A bit like what we do when we travel and face jetlag.