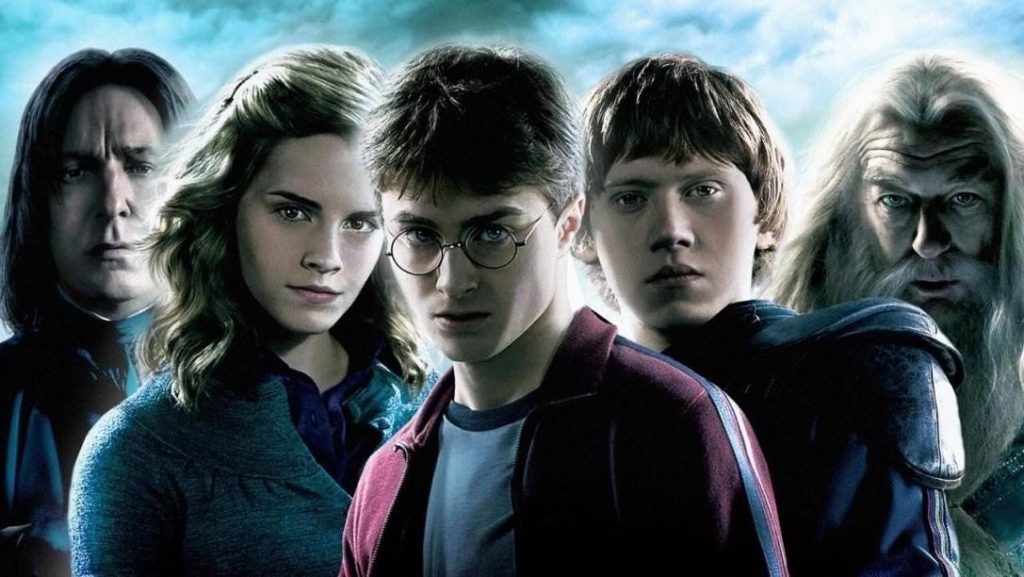 Harry Potter is a young wizard and he’s eleven years old; he’s an orphan and he’s at the school of magic: Hogwarts.

He’s brave, strong and he loves Quidditch, the sport of wizards. He flies on a broom, the “Firebolt”. His magic animal is a white owl: Edwige.

He has two best friends: Ron Wasley and Hermione Granger. They are wizards, too!

Ron is thin, tall with red hair. Hermione is thin, with curly and blonde hair and brown eyes.

Ron is brave and funny, Hermione is brave, intelligent and generous.

The principal is Albus Silente: he’s old, thin, and tall, with a white and very long beard. Silente is brave, generous and wise.

The school of Hogwarts is a big castle: there are some towers a big dining room, four dormitories: one for Gryffindor, one for Ravenclaw, one for Hufflepuff and one for Slytherin. There’s a class for enchantments, one for potions, one for defense against dark arts.

Behind the school there is a big garden, a sports field near the castle and a dense forest next to the sports field.

Lord Voldemort is the enemy of Harry: he’s bad and wicked.

Harry Potter is the main character in seven books and eight films. Kids love him, and me too!