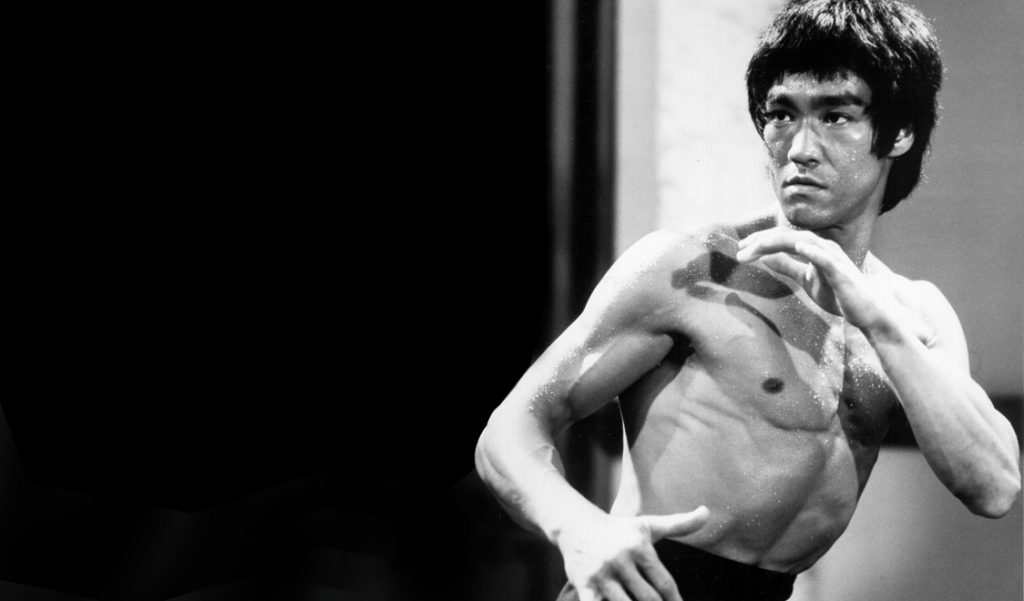 The son of a theatrical member of a Cantonese company who was in the USA on tour, he was born in the year of the dragon in the Chinese district of San Francisco with the name of Lee Jun Fan, later changed to Bruce Lee. In 1941 he returned to Hong Kong where he will live for many years in his family’s town of Kowloon.

About in 1953 after finding himself in a street fight, he decides to learn martial arts. He will study the Wing Chun style under the teachings of Sifu Yip Man from 1954 to 1957.

Right from the start he proves to be the best and makes his style very famous fighting in his city.

Again involved in numerous fights, he is sent back to America by his parents. He returns to San Francisco and soon after he moves to Seattle where he will study. During 1964 he was forced to fight to face the threats of the local Chinese community who wanted to force him to teach Kung Fu only to Chinese.

He wins all the challenges to which he is called, but not satisfied with his style, he begins to develop Jeet-Kune-Do, a Kungfu variation of his hybrid invention of various martial arts.

Known by Hollywood for his activity as a martial arts master, he is cast for the “Green Hornet” series, where he will play the character of Kato, an expert combat driver.

The series closed its doors in 1967, but soon he was offered a role in the film Marlowe with James Garner (1969). Disappointed by the lack of further proposals, he decided to try his luck in Hong Kong where he was immediately hired for “The Big Boss”.

Then he is joined in Hong Kong by an American proposal for: Enter the dragon.

He accepts the proposal to show everyone that he was capable of doing it, so he shoots the film.

Considered one of his best masterpieces, it is the last one to shoot because he will die on 20 July 1973 due to a cerebral edema.