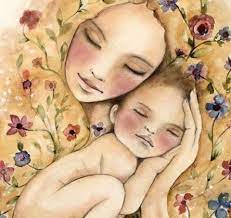 All the mothers in the world are beautiful

Mother’s Day is a celebration that falls on the second Sunday of May. That is why this year is celebrated on May 8th. The tradition has very ancient origins. Already at the time of the Greeks and Romans the cult of female divinities and fertility was celebrated in the fifth month of the year.

However, the festival we know dates back to America in 1908: the idea came to Anna M. Jarvis, with a memorial in honor of her mother, a pacifist activist. So Mother’s Day was born, Mother’s Day which had the white carnation as a symbol. It was such a success that the American President Wilson in 1914 decided to make it official on the occasion of the Congress, where it was established that the anniversary, which would represent a public expression of gratitude, love and gratitude for all mothers, would always be celebrated on the second Sunday of May.

The American decision was then followed by many other countries: Switzerland in 1917, Finland in 2018, followed in 1919 by Norway and Sweden. Since 1923, mothers have also been celebrated in Germany, since 1924 and in Italy since 1933.

However, there is no single day of the year able to unite all the States in which the event is celebrated: in almost two thirds of these countries the festival is celebrated in the month of May, while about a quarter of them celebrate it in March. In Italy it is celebrated on the second Sunday of May which, this year, falls precisely on Sunday 8 May.

In Italy Mother’s Day as it is understood today originates from two different occasions, one linked to commercial promotion reasons and the other to religious reasons. From a commercial point of view, it was Raoul Zaccari, senator and mayor of Bordighera, one of the promoters of the law instituting Mother’s Day, approved in 1958; in collaboration with Giacomo Pallanca, president of the Ente Fiera del Fiore, he took the initiative in 1956 to celebrate Mother’s Day in Bordighera, at the Zeni Theater; subsequently the party took place at the Palazzo del Parco.

From a religious point of view, the feast dates back to the following year, 1957, and the protagonist was Don Otello Migliosi, parish priest of Tordibetto of Assisi, in Umbria, on 12 May 1957. Don Otello Migliosi’s idea was to celebrate the mother not in her social or biological guise but in her strong religious value, Christian above all but also inter confessional, as a terrain of encounter and dialogue between the various cultures: his attempt was also mentioned, in two contributions, by the Vatican newspaper. Since then, every year, the parish of Tordibetto officially celebrates the festival with important religious and cultural events.

Beyond its origins, Mother’s Day has a great social value: it is the occasion in which children offer gifts to their mothers, such as drawings or other jobs, which they very often made at school, or there is also the custom of reciting poems dedicated to the mother, also studied at school. My father remembers a song from the 50s sung by Claudio Villa that always my granddad made him listen to and on the occasion of Mother’s Day we always listen to it all together: “Mothers in the world are all beautiful when a child clings to the heart, they are the beauties of a profound good, made up of dreams, sacrifices and love “. Greetings to all mothers in the world!