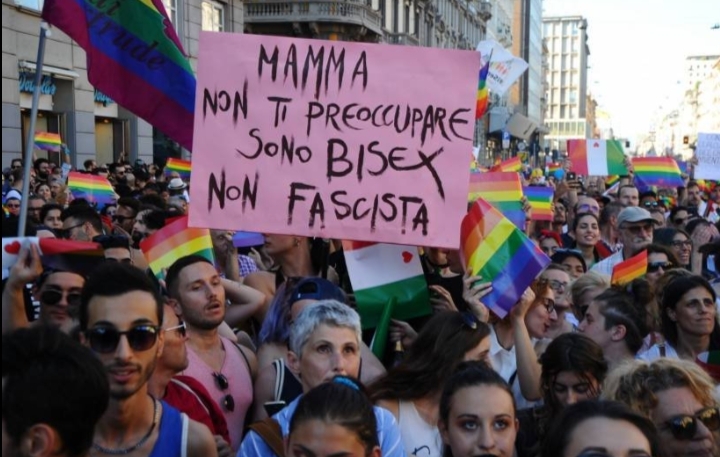 The main purpose of this article is to talk about an issue that is ignored or underestimated in our society and in our schools.

As few people know, homophobia is not only fear of a person who is part of the LGBTQ + community (lesbian, gay, bisexual, transgender, queer and many other types of orientations), but also the obsessive fear of discovering oneself homosexual

But how come many people still have a homophobic mindset despite the fact that homosexuality was deleted from the Diagnostic and Statistical Manual of Mental Disorders on May 17, 1990?

1.      The first cause is religion, while the polytheistic religions have not had many debates on sexuality, the monotheistic religions of Abrahamic lineage have always stigmatized homosexuality, following a historical line: from the death penalty to torture, up to the denial of the Kingdom of Heaven. However, many priests, archbishops, cardinals… are trying to adapt to the modern world. To give an example, looking at the laws that date back to 50 – 60 years ago they seem absurd  if compared to the current ones. The task of church is not to change their ideals, but to expand their vision, Pope Francis (in Italian Papa Francesco) said using the following words “The Pope loves your children as they are, because they are children of God” referring to the LGBTQ+ community

2. Psychoticism, an aspect of the personality that leads to fear, anger, insecurity … a homophobic person has the constant need to show himself by denigrating the homosexual, most homophobes are men, this phenomenon would be explained by the stereotype of the “straight white male who does not use female objects”.

What are the female objects?

Everything referred to the stereotype of the woman being treated; make-up, waxing, clothes, continuous selfies …

From this point of view, a woman wearing baggy pants is a normal woman, but if a man wears a skirt he is necessarily gay.

Being gay means feeling sexual and romantic attraction for someone of the same sex, this does not involve the use of skirts or makeup, but today ‘s trash programs , the continuous fairy tales where the princess is waiting for the prince, the figure of the sex symbol and many rights women are banned  from, they have fueled the gay and straight stereotype, leading to discrimination and mistreatment. Not only on a physical level, but above all on a  psychological level. Young people thrown out of their homes for their orientation, beaten, mistreated, denigrated  and in some  cases,for this reason, they commit suicide.

What can we do?

We need to talk about it, especially in schools. Nobody deserves to live a life “suffocated by society”, every person should feel free with his body and do what he feels like doing without harming others, trying to repress the LGBTQ + community is useless, one’s sexual orientation is not a choice, but it is something you have from birth and it cannot be changed.

The article number 2 of Human Rights says “Everyone is entitled to all the rights and freedoms set forth in this Declaration, without distinction, for reasons of race, color, sex, language, religion, political opinion or of any other kind, of national or social origin, wealth, birth or other condition. Furthermore, no distinction will be established on the basis of the political, legal or international status of the country or territory to which a person belongs, is independent, or subject fiduciary or non self-governing, or subject to any limitation of sovereignty. “

Coronavirus: why did you come into the world?

It would be a little strange to interview something that is invisible and above all evil, but if you are a curious person such an

It seems hardly possible to talk about violence of any gender in 2021, but worldwide it is still a lively and discussed topic, and Italy

An interesting (and imaginary) talk to Jane Goodall

Jane Goodall is an English ethologist and anthropologist and is known around the world for her studies on chimpanzees in Africa and her environmental commitment.

LIVING WITH COVID-19; THE EFFECTS OF THE PANDEMIC ON PARENTS AND FAMILY LIFE.

The covid 19 pandemic has had  many negative  but alsosome  positive consequences in the lives of all of us. So let’s find out what effects

A JOURNEY THROUGH THE LEGENDS OF FAITH, TODAY’S SAINTS.

Alfio, Filadelfo and Cirino were three brothers, born in Vaste, in Puglia and killed in the era of persecutions and for this reason they are

In Rome, in the Monteverde district, there is a small library where you would never expect to find it: in an abandoned refrigerator. “Waiting for