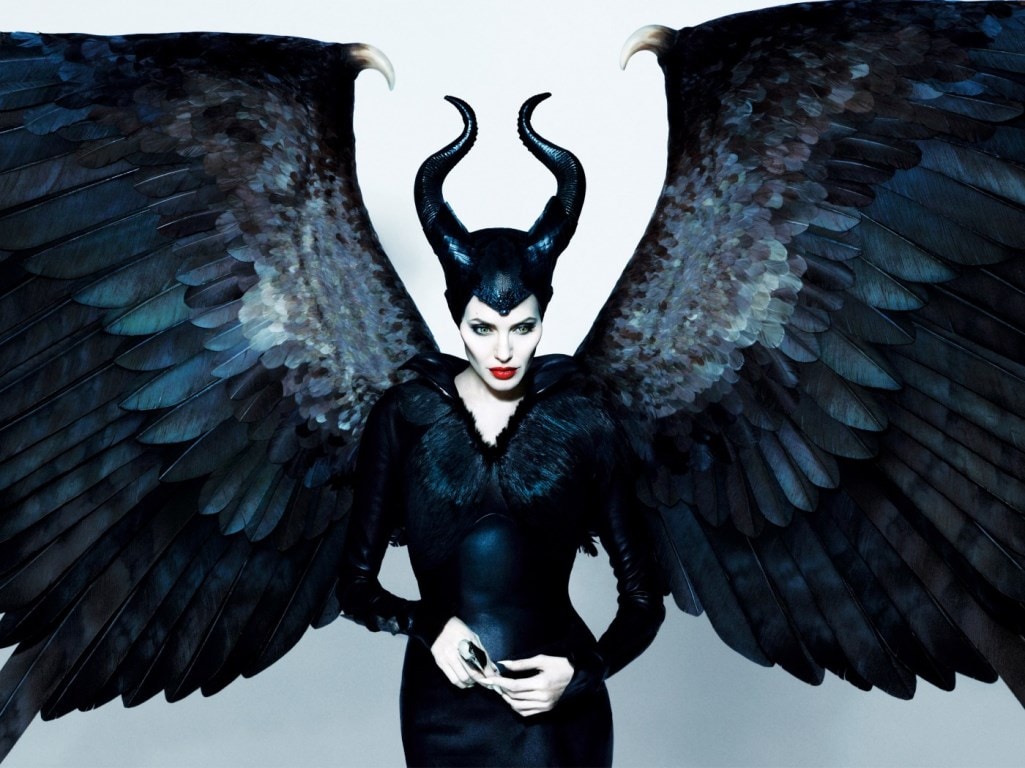 Maleficent is one of my favorite films, I have watched it at least five times! Maleficent, a 2014 film directed by Robert Stromberg is based on the 1959 Disney classic “Sleeping Beauty”, the protagonist is Angelina Jolie, also the producer of the film.

Angelina Jolie plays the role of the famous Maleficent, the evil fairy of the Disney world.

Maleficent is a beautiful fairy creature with wings that lives in a hidden realm.

One day a young farmer arrives in the woods of the kingdom, who was there to steal a gem, the two did not calculate each other at the beginning, but soon a tender friendship was born, but it will not stay for long, because it will turn into love.

The young man named Stephen disappears for several years, Maleficent in the meantime became the most powerful of the fairies but continues to miss her beloved.

After a short time, the kingdom was invaded by an army led by King Henry, who wanted to conquer the magic and the territories of the Magical Heath.

Maleficent fight aided by the creatures of the forest and manages to defeat the army managing to save the forest.

Returning to the castle, the king promises his dignitaries, among whom is Stephen, to give the throne to the one who will kill Maleficent.

Stefano, knowing that he can complete the task, accepts the challenge of being the beloved of Maleficent.

Stefano puts Maleficent to sleep the same night with a sleeping pill and then kills her.

Instead of killing her with a dagger, she decides to strip Maleficent of her majestic wings and bring them to the king as proof that she has killed the evil fairy.

The grateful king grants Stephen the hand of his daughter, Princess Leia.

After the death of King Stephen ascends the throne, Maleficent, disappointed and enraged by what her beloved had done to her, decides to become an evil witch.

Create a barrier capable of separating the fairy kingdom from the moor of Stephen’s kingdom.

In the midst of this intriguing situation, little Aurora is born, Maleficent learns about it thanks to her crow that she can transform into any animal she wants. Maleficent shows up at the baptism of the little princess, her presence creates amazement among the guests, casts a curse on the little girl or that on the sixteenth anniversary, she will prick her finger on the spindle of the spinning wheel and fall into a deep sleep but decides to give him a chance, only with the kiss of true love the sixteen-year-old will wake up from eternal sleep.