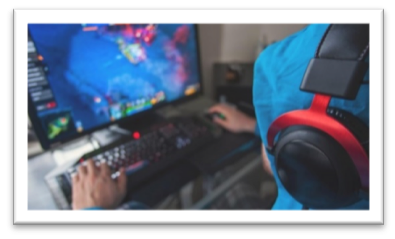 We all know YouTube, how can you not know it. The digital platform for excellence famous all over the world where you can watch videos created by various users. We can find video game videos for example, videos on football, on daily life, even tutorials on how to open a can of tuna!! Since February 14, 2005 this “APP” can be found on all mobile phones, we can even define it as indispensable because sometimes we really feel the need to document ourselves to be able to carry out some activity or maybe even to facilitate the study …

Over time we have seen how not only content creators and viewers are involved, by turning to the platform we can come across advertisements of any brand, this means that even small companies can be known thanks to this application. Thanks to the evolution and development of the same app, all those who post videos, that is, the “Content Creators”, have the opportunity to choose whether to make money from these videos or not. Thanks to youtube, musicians, directors and artists have created their own future within the platform. One of the most followed categories within YouTube is certainly the video game category. People from all over the world now film themselves while they play, thus creating a real job: the “YOUTUBER” or also called “GAMER”.

Therefore, thanks to their skills in playing or even in entertaining, the spectators are followed by anyone and consequently they earn their nice nest egg every month. Taking Italy as an example, our country is full of these people from all regions, there are those who play at professional levels, those who play for fun and to entertain others, have allowed the birth of online entertainment. Still talking about Italy, I want to take a boy from Turin as a model: “Favij” pseudonym of Lorenzo Ostuni.

Lorenzo was born in Turin on April 7, 1995, he moved with his family to the nearby town of Borgaro Torinese at the age of three. In 2011 he opened a channel on the YouTube platform called TheSharedGaming with two friends, publishing some gameplay videos. At the end of 2012 he opened his own channel, called FavijTV, continuing his business alone. Within a few years it reached one million subscribers, receiving the Silver Creator Award from YouTube in 2013 and the Gold Creator Award in 2014. In 2015 he made his film debut by joining the cast of the film Game Therapy directed by Ryan Travis, in which he is protagonist. Also in 2015 he published his first book, Under the headphones, published by Mondadori, which has sold more than 100,000 copies. In the same year, Panini dedicated a series of collectible stickers to him, of which one and a half million were sold in only a month. In 2016 he had his first television experience in the game show Social Face, broadcast on Sky Uno, and began to cover some small roles as a voice actor in animated films. Starting from the same year, Giochi Preziosi has produced a line of paper converting with his image. Since 2017 he is among the judges of the Just Dance World Cup. In 2018 he published his second book, The Cage, and still now in 2021 he is the YouTuber with most subscribers in Italy.