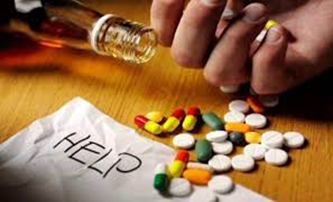 At school, on the street, in the places you usually go to, even on the web: there are many and varied ways in which today’s young people – including many teenagers can get drugs. This is confirmed by a research carried out by an American university on 7,500 children between 13 and 18 years old, which focused on the relationship that children have with soft drugs (marijuana, hashish, etc.). And the resulting picture is quite alarming: about 1 in 10 admitted to using cannabis-based drugs (7% sometimes, 3% habitually). To these numbers must be added a 6% who has tried them only once and a 5% who, to date, does not consume any but has done so in the past. 79%, however, always kept a safe distance from it.

The most common places to buy cannabis

The reason for such widespread use? Soon said: the extreme ease in obtaining them. By limiting their gaze to cannabinoids, students buy them virtually anywhere. Among consumers – whether sporadic or habitual – 41% find them on the street, in the shopping streets or in specific places. Immediately after, however, comes the school: 18% of the children interviewed said they buy soft drugs in the bathrooms, courtyards and corridors of their school. On the other hand, the ‘sales’ made in the disco (2%) and on the web (2%) are scarce. At least as far as this type of drug is concerned.

School which, among other things, is also one of the preferred locations for consumption. Almost half of those who use soft drugs (47%) confess to having had a joint at least once in their school: for 16% it is normal, 20% dare every now and then, 11% there he only tried once. Only 53% have never gone this far. Furthermore, from the consumer to the dealer, the step is short: 17% of the drug was sold by a classmate or schoolmate. 18%, on the other hand, rely on strangers; 20% to an occasional drug dealer. But most – 44% – turn to friends (not from school).

Legal cannabis also has its audience

What about other, harder drugs? Adolescents do not seem to be particularly attracted to them: 96% (of the whole sample) say they have never tried them. On the contrary, the business that young people do with legal cannabis, bought in authorised shops, seems more consistent: more than 1 in 10 – 11% – have bought and tested it (8% only once, 2% often, 1% regularly).

I am a teenager and I am horrified by these numbers and percentages but above all I am outraged by how easy it can be to get drugs. Having the desire to try and having difficulty finding it could already be limiting and reduce the number of those who come into contact with this world from which, as we know, it becomes difficult to get out. Those who are firm in their principles and know the risks, obviously do not approach it but, unfortunately, this is not always the case. There are the fragile children who are targeted and easily fall into the hands of drug dealers and submit to them.

I find it absurd to ‘have fun’ in this way and to ruin your own life and the lives of those around you who make sure you don’t lack anything. Controls should be stepped up in the most frequented places and there should be exemplary penalties for those who cause ‘suffering’, sometimes with no way out.