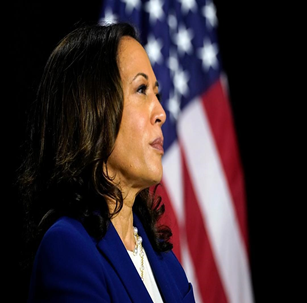 WOMEN’S HISTORY IN THE POLITICAL WORLD.

The evolution of women’s status has deeply changed in nowadays society.

In ancient times, woman was considered a divinity because it was thought there was a connection between females and earth.

In the years this idea was overcome because men began to carry out women’s activities and consequently the social organization passed from “matriarchy” to “patriarchy”.

Over the centuries, the woman continued to be a step lower than the man, until she became completely  submissive. In Italy women began to be considered equal to men in 1946, when they were able to vote for the first time; then in 1948 the Constitution established gender equality and in 1975  wife’s rights were the same as husband’s ones.

Woman was not created to be submissive to man, neither superior to him, but standing beside him and being equal.

But despite the difficulties they have to face daily, thousands of women made and go on making  the difference in different fields: medical, political and social. They didn’t do it to prove they were better than men, but to prove that women can be as equal as men.

They  could break down the prejudices of a male-dominated word.

We mustn’t forget some of the women who left a mark during the years. One of them was  Emmeline Pankhurst.

She was a British politician and activist, remembered for being the leading exponent of the suffragette movement; they fought for the right of women to vote.

One night, when Emmeline was seven years old, her father came to say goodnight and, thinking she was sleeping, whispered : “If only you were a boy!”. Those words roused her the desire to change the society where she lived.

In 1894 the right to vote in local elections was obtained; after that she founded the Women’s Social and Political Union; the main goal was the extension of universal suffrage to women.

Here are other two women worth mentioning:

Michelle Robinson is a lawyer and former US First Lady, wife of the 44th President of the United States of America, and the first African-American woman to hold the role of First Lady. Even though her husband isn’t president anymore, her presence in the political field is still active.

She was the first black woman in American history to have such a decisive role in the political world. Celebrated as the most inspiring and influential woman on the planet, she began to build her future when she was very young becoming, once graduated, an important lawyer in Chicago. Taking advantage of the role of first lady, she tackled the hardest causes, went to all schools to emphasize the importance of studies, and she created the first organic garden at the White House.

Kamala Devi Harris was born in Oakland. Her mother was the author of a revolutionary discovery which has been very important to breast cancer research. Harris told how she and her sister were discriminated by other children’s parents when they were young because of the color of their skin. Contrary to the usual practice in the United States, Kamala Harris kept her last name after getting married.

In 2016, when she decided to apply for the Senate and obtained more than 80% of the votes for the Senate nomination, she got both the approval of then President Obama and Vice President Biden.

As for her political position, she has been compared to the more progressive wing of the Democratic Party. She is also in favor of the free health care plan for all Americans, the rights of the LGBT community and the prohibition of assault weapons sale. In the USA, for the first time in history, the role of vice president was entrusted to a woman: kamala Harris.

Unfortunately, inequalities between women and men are still high in every field; especially in work field  where women are often  overworked and underpaid. Despite the improvements, women of all ages and of all ethnicities still fight for a better world, where gender equality is the key to live in a right society.

The path is still long, but no one can stop because there will be a day when everyone will be considered the same.