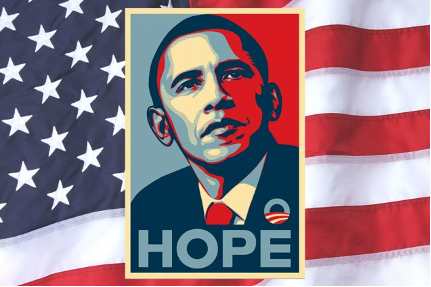 Will Barack Obama ever be elected the first black president of the United States? 

“Yes we can”. This is the slogan that accompanies Obama’s election campaign.

His human capacity to understand and involve people and their feelings, his genuine and good upbringing, gives him the right perspective with which he assesses problems and is recognized by citizens.

Obama is the symbol of our world, of what is today and will become tomorrow. Son of a mixed couple, a black man and a white woman, of the encounter between two ethnic groups, of courageous choices that once gave rise to scandals.

Born in 1961 and belonging to the Luo tribe, with a complex family, like many of his generation , with separated parents and brothers living in Africa.

In the same year, civil rights activists began the first Freedom Rides, journeys for freedom ,with the obligation to end segregation on interstate buses crossing South America, where White Supremacy dominated and blacks worked in the countryside as slaves.

He found himself in the 1970s, ’80s and ’90s, dominated by important victories of the civil rights movement, thanks to which there was the gradual growth of a solid black middle class, A good percentage of them moved to white neighborhoods and started to live a normal American life.

Obama immediately began his political project. It will focus on tax cuts for the lower and middle classes; massive expenditure to improve infrastructure, starting with roads, bridges and Internet connections, capable of creating 3 million new jobs, 80% of which in the private sector and aid to the automotive industry.

He is convinced that we are experiencing a moment of epochal crisis (especially for the United States), that only a great and constant moral force, of all citizens, can give a positive turn. In a memorable speech he stressed that the US is not just a collection of individuals, white, black, rich and poor, gay and heterosexual, disabled and not disabled, but are and will always be the United States of America.

The population has understood the extent to which Barack Obama’s political success has led to a change in the United States’ view of the rest of the world. America has proved to be a civilization capable of overcoming the barriers of racism, which is likely to become a country destined to no longer express the existence of an ethnic majority.

Obama through the Social Networks, has reached that part of the American people that has not received, through the classic means, the message of hope and change that he wants of Obama, in a difficult time of economic contingencies such as the current one. In short, we can say that YouTube was for Obama what Television has represented for Kennedy, and that is an irreplaceable tool to achieve victory.

In USA, Social Media are seen as tools of battle, confrontation and dialogue. The fundamental word is “sharing”, of objectives and choices, fundamental for those who make politics.  But it is also an exchange of emotions. This is the strength of Obama, focusing on the society that wanted innovation and believed strongly in change. All of Obama’s policy, research, school, associationism, is marked by a young direction and change.

An event that has marked an important turning point in directing communication between voter and elected, placing them on the same level ,as the event “CNNYouTube debates” where video-questions uploaded by voters to YouTube that candidates answered live on TV.

Obama had to face two very tough elections in just one year, and paradoxically in the first – the challenge against Hillary Clinton in the Democratic primary – he was much more underdog than in the presidential challenge against McCain.