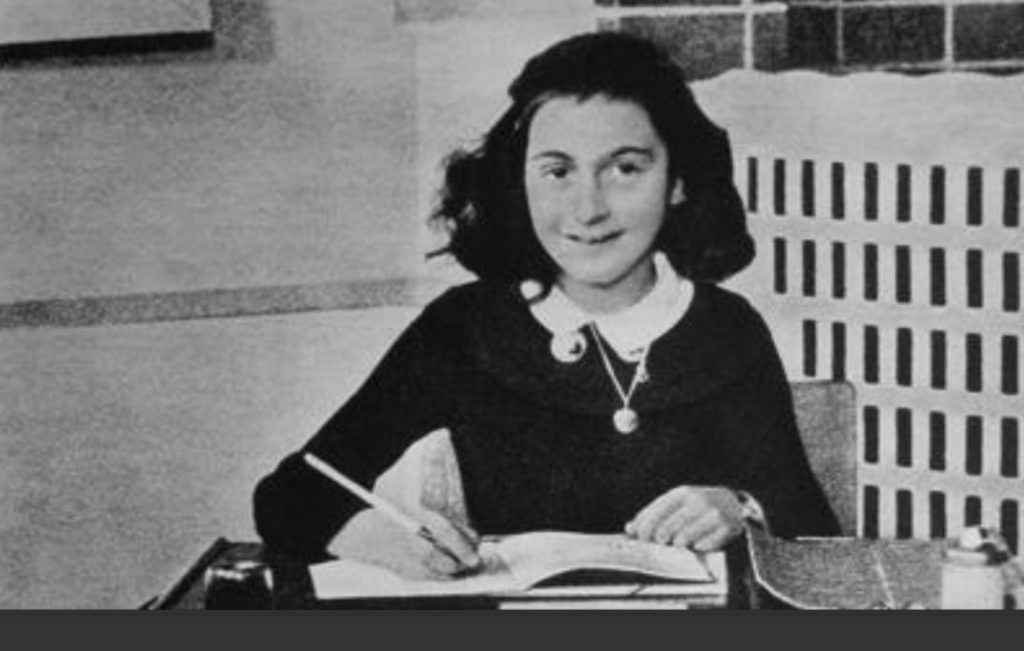 On January 27, the world celebrates the “Holocaust Remembrance Day” to remember the victims of the holocaust and the liberation of Auschwitz-Birkenau camps, where over a million people died. In these days, with the approach of this international anniversary, we return to talk about one of the most discussed cold case, concerning the betrayal of Anne Frank.

According to a six-years search conducted by a team of investigators led by a veteran FBI agent, Anne Frank and her family were betrayed by Arnold Van De Bergh, a Jewish notary from Amsterdam, who revealed the address of their hiding place to the Nazis to save his own family. The main proof is a copy of an anonymous note, with the name of the notary, a note that Otto Frank, Anne Frank’s father, received after the war.

But Who was Anne Frank?

Anne Frank(1929-1945) was a Jewish girl, who lived during the terrible period of Nazi persecutions. She wrote her famous Diary between the 12th of June 1942 and the 1st of August 1944, giving to the world a touching testimony of living in a hiding place during World War 2 and of the tragedy of the Shoah in the Nazi concentration camps.

Anne, who moved to Holland from Germany following the rise of Adolph Hitler, began to write about her life when she was 13 and she was still free.

When the Nazi army invaded Holland, Frank’s family was forced to hide in the secret annex where they lived until August 4, 1944, when the Gestapo broke into the house and arrested all the Jews who were hidden there.

Anne was separated from her family and taken to Auschwitz and then to Bergen, where she died of typhus in 1945, three weeks before the arrival of the British liberation army.

Only her father, Otto frank, survived the concentration camps and decided to publish his daughter’s diary, a powerful reminder of the horrors of war and an eloquent testament to the human spirit.

Anne Frank began writing her diary with the lightness of a girl who is about to tell her life to an imaginary friend, named Kitty.

In this diary we read about her deepest thoughts and secrets as a girl and about the prohibitions imposed by the Nazi regime and the constant threat of being arrested just for being Jewish.

In the secret annex the diary was her only friend on which to vent fears and frustrations until it turned into a real editorial project. Thanks to the radio Anne listened to every day, she learnt that the Dutch Education Minister wanted to publish the testimonies of people after the war. So Anne decided to give her pages the shape of a real book and when she was arrested the diary was hidden and protected. After the war, in 1947, Otto Frank published it. The diary was translated into 60 languages, capturing the attention of readers all over the world.

I’ ve read Anne Frank’s diary too. She was a teen like me but her life was different and less comfortable. Anne seems to be a girl like any other but she isn’t: she is special because she fought until the end, always believing in the goodness of human being. I admire her so much because I don’t know if I would have been so brave.

Even though her story is very sad, we cannot forget her smile and her positive thoughts that will remain alive forever in her diary.

I invite everyone to read Anne Frank’s diary. It is an opportunity to think about all those people who have been killed or whose lives have been changed because of discrimination, racial laws and the Shoah.

We must never forget