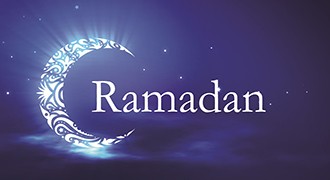 Ramadan is the ninth month of the Islamic lunar calendar.

Healthy Muslims fast during the month of Ramadan from dawn to dusk. In fact, during the month of Ramadan, Muslims must refrain from drinking, eating, smoking, and engaging in sexual activities. Particularly intense must be the fight against bad thoughts, bad actions, and anger During the holy month even more adorations such as prayer, reading the Koran, and charity are encouraged.

This annual event is considered one of the Five Pillars of Islam and fasting is a religious precept (Farḍ) for adult Muslims, except for those who are elderly, pregnant, breastfeeding, diabetic, terminally ill, or during menstruation.

The month of Ramadan lasts for 29 or 30 days and the period in which it falls varies each year. This is because it depends on the lunar calendar, which is about 10 or 11 days shorter than the commonly used Gregorian calendar.

Every day, during the month of Ramadan, Muslims begin fasting at dawn after a meal (Suhur), after which the morning Fajr prayer is performed. Fasting is interrupted at sunset, through another meal (Iftar), which precedes the Maghreb, the fourth prayer of the day. Food and drink are served daily before sunrise and after sunset in meals called suḥūr and ifṭār respectively.

The common practice during Ramadan is fasting from sunrise to sunset. The meal before dawn is called suḥūr, while the meal after sunset is called ifṭār. Considering the great cultural diversity of Muslims around the world, it is almost impossible to describe a typical suḥūr or ifṭār. The fast is broken at the setting of the sun. Tradition has it that you prefer to eat a date because the Prophet did so. Alternatively, you can drink a glass of water.

Since the Islamic calendar is composed of 354 or 355 days (10 or 11 days less than the solar year), the month of Ramadan each year falls at a different time of the solar year and then gradually recedes, until it falls into a different season. According to Islamic practice, Ramadan is the month in which fasting (Sawm) is practiced, in commemoration of the first revelation of the Koran to Muhammad (“The month in which the Koran was revealed as a guide for men and clear evidence of right direction and salvation “

In some countries with an Islamic majority, non-compliance with fasting in public places is penalized as it violates common morality, however, in the private sphere, there is no obligation.