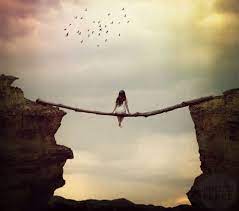 The woman has always been considered differently than the man; there has always been a gender difference. Just think of the Middle Ages when women were only symbols of temptation and sin. The woman had to respect the family and be faithful to the husband to whom she was subject; he had to obey him absolutely even at the cost of suffering violence of any kind that could even lead to death. Fortunately, however, there were many women who claimed the respect they deserved and who did not accept their condition. In fact, we find many important figures throughout history.

A famous example can be Boudicca (33 AD – 61 AD). She, queen of the Celts, was a heroine for England. On the death of her husband, she took command of the army and fought valiantly against the Romans starting from 60 AD approximately. The battle was eventually won by the enemies but the Celts had a lot of satisfaction thanks to their leader. However, what matters and worth highlighting is Boudicca’s courage and spirit, which is still remembered today and has become a symbol of female strength and freedom. Its social condition favored women over other ancient societies, in fact they had the same rights as men and could choose the man to marry. She was educated and educated from an early age to become an important character but only her strength of spirit helped her to achieve everything. Women like Boudicca were unthinkable at the time and it was precisely this that created a stir among the people and above all they were in conflict with the Roman patriarchate.

The problem of gender difference was characteristic of past eras but unfortunately even today this problem exists and is within the reach of every day. There is still too much discrimination against women and especially violence against them. Violence against women by men such as their husbands, fathers etc. is a main and very topical topic in our society.

The 25 November is the day set by the ONU precisely to commemorate the gender-based violence in memory of the killing of the three Mirabal sisters (Patria, Minerva and Maria Teresa). There have been many feminist movements and single women who have fought for women’s rights throughout history. Each of them was fundamental because it is thanks to them that today we have certain rights and live better than before. They each expressed themselves differently and each fought for a specific area but in the end they were all united to achieve the same objective: “women’s emancipation”.

Before, women were not even allowed to be part of political life or to play important roles within society; politicians, doctors, scientists, writers and other roles were performed exclusively by men. Instead, the women had, in most cases, only to stay at home and take care of cleaning, cooking and serving the family in general. Gradually women have obtained the opportunity to study, the right to vote and a few at a time have occupied important places in history, also highlighting themselves in the field of politics and science.

Throughout history there have been many violence and sacrifices that women have suffered in an attempt to obtain legitimate rights. Precisely for this reason it is unthinkable that even today there are closed societies that put women in the background.

However, it is very important to focus on our reality; the facts say that even if women have now reached almost complete independence there are many cases of violence and discrimination. Looking at the data, we can see that the numbers of violence are very high and in particular the murders. In 2021 alone, 178 deaths were recorded in Italy and in 2020 during the lockdown from the covid-19 pandemic there was a record of calls to the anti-number 1522.

The highest data from this period refer mainly to Lombardy, Emilia-Romagna, Sicily and Lazio. Most of these horrors occur within the family and are either sexual violence or physical violence in general or psychological violence. Many live every day with the fear of being subjected to violence of all kinds both in external settings and at home and most of them are afraid to reveal. In these cases it is necessary to talk about it with friends, relatives or as a best thing to call the number 1522 for support and get help. We must do everything to help women in need and have the courage to never give up.

We need to change mentality and attitude! These are terrible data that highlight the not yet total civilization of society. Just this week there were reports of other killings (about four) and it is unacceptable! Talking about these topics is really essential to take note of the facts and raise awareness among the new generations for the construction of a healthier future. After all we all want to improve and improve the reality that surrounds us but we must all be united in pursuing the same objective.