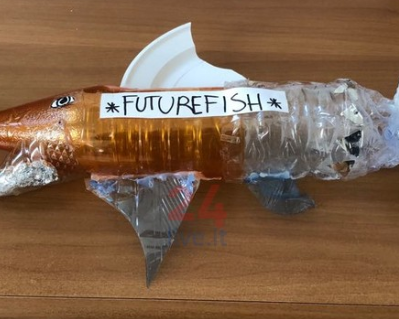 WE CAN STOP PLASTIC POLLUTION.

In recent years we have been facing an enemy that plagues our seas: plastic pollution. The accumulation in the environment of synthetic plastic products is multiplying to the point of creating problems for wildlife and their habitats as well as for human beings. Plastic is a polymeric material and, since synthetic plastics are largely nonbiodegradable, they tend to persist in natural scenarios. Moreover, many lightweight single-use plastic products and packaging materials, which account for approximately 50 percent of all plastics produced, are not deposited in containers for subsequent removal to landfills, recycling centres, or incinerators.

Instead, they are improperly disposed of at or near the location where they end their usefulness to the consumer. Dropped on the ground, thrown out of a car window, heaped onto an already full rubbish bin, or inadvertently carried off by a gust of wind, they immediately begin to pollute the environment. Indeed, landscapes littered by plastic packaging have become common in many parts of the world. The causes and effects of plastic pollution are truly worldwide.

Since the ocean is downstream from nearly every terrestrial location, it is the receiving body for much of the plastic waste generated on land. Several million tonnes of debris end up in the world’s oceans every year, and much of it is improperly discarded plastic litter. The first oceanographic study to examine the amount of near-surface plastic debris in the world’s oceans was published in 2014. It estimated that at least 5.25 trillion individual plastic particles weighing roughly 244,000 tonnes (269,000 tons) were floating on or near the surface. Plastic pollution was first noticed in the ocean by scientists carrying out plankton studies in the late 1960s and early 1970s, and oceans and beaches still receive most of the attention of those studying and working to abate plastic pollution.

In the ocean, plastic pollution can kill marine mammals directly through entanglement in objects such as fishing gear, but it can also kill through ingestion, by being mistaken for food. Studies have found that all kinds of species, including small zooplankton, large cetaceans, most seabirds, and all marine turtles, readily ingest plastic bits and trash items such as plastic bags and bottle caps.

In recent years, several reforms have been made against plastic pollution, however many species of marine animals and even the oceans themselves are in danger from this catastrophic phenomenon.

Each of us can do something for helping in saving the planet limiting the consumption of plastic bottles, using glass and cardboard instead, and avoiding to disperse plastic in the environment by throwing it in the appropriate bins.

(in the picture the work of art made by recycled materials winner of  the “Art and recycling Competition” inside the Erasmus Project “STEPs. Steps to ensure planet sustainability”)