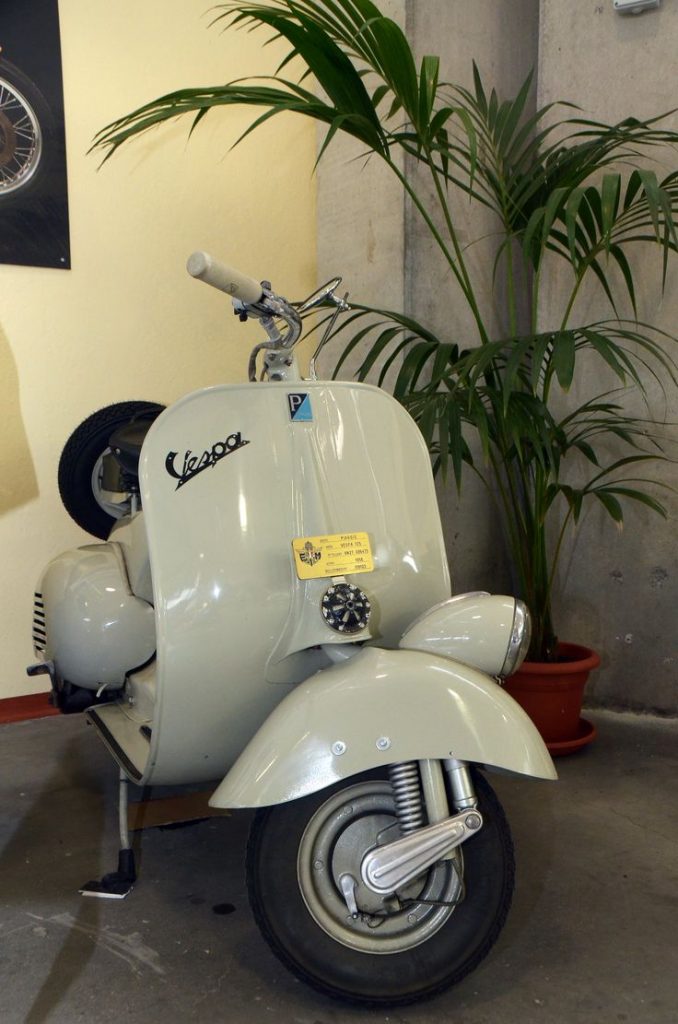 Vespa: a “made in Italy” icon

Vespa and Lambretta are two of the most famous industrial design products in the world and a symbol of the post-war Italian designer.

After World War II, Enrico Piaggio wanted to create an alternative to the car and after a prototype called “Paperino”, the “Vespa” was born.

The Vespa is a Piaggio scooter model, patented on 23 April 1946, based on a design by the aeronautical engineer Corradino D’Ascanio. The name “Vespa” comes from an exclamation of Enrico Piaggio who at the sight of the prototype exclaimed: “it looks like a wasp!”, because of the sound of the engine and the shapes of the bodywork which, seen from above, makes it similar to the insect, with the central part very wide to accommodate the driver and with a narrow “waist”.

The Vespa is one of the most famous industrial design products in the world, used several times as a symbol of Italian design. It has been exhibited in design, modern art, science and technology and transport museums all over the world.

Today it is part of the permanent collection of the Triennale Design Museum in Milan and the MoMA in New York.

The Vespa has been one of the biggest sales success in the entire history of Italian market. Riding a Vespa was synonymous with freedom and a new way of being young, trendy, brave and fearless. The cinema, the literature and the advertisings contributed to the myth. The Vespa appears in a lot of films: Hepburn and Gregory Peck in “Roman Holiday” (1953) were only the first of a long series of great international actors who rode the world’s most famous scooter. Other movies go from “Quadrophenia” to “American Graffiti”, “The Talented Mr. Ripley”, “102 Dalmatians” and the most recent Disney animated film “Luca” (2021). The Vespa has inspired the lyrics of famous songs such as “Vespa 50 special” by the Lunapop, (1999 ).

The Vespa has evolved over the decades to keep up with the times.

The decisive turning point in design came in 1996: from a moped to a scooter in a modern sense, the shapes are less clear-cut and more sinuous, the appearance is more refined. To date it has reached about 150 models and versions.

Today there are Vespa Clubs that organize rallies throughout Italy for motorcycle enthusiasts.