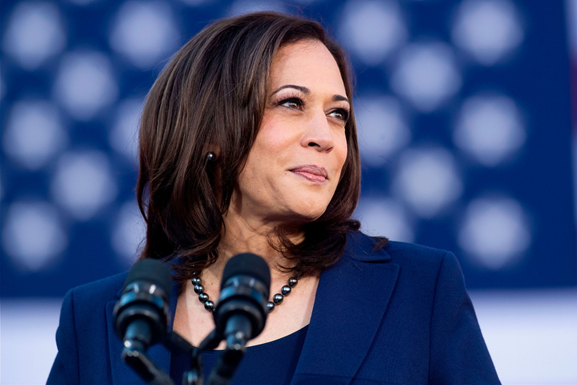 Born in Oakland (California) on October 20, 1964 to a Jamaican father and mother of Indian descent, some have called her the female Obama.

Was elected California Attorney General, a role she held until 2016.

Joe Biden chose her as a candidate for the vice president on August 11 after a lengthy screening process.

She is the first African-American and Indian-born woman to fill that role.

As attorney Harris has repeatedly defended law enforcement officials and lawyers accused of misconduct and has often been accused of not doing enough to counter police brutality.

In addition, as a prosecutor, she has introduced some measures in favor of minors accused of crimes, allowing convicts, for example, to obtain a high school diploma and a job.

On the one hand, too well-off to embody the American dream, on the other too white to understand the difficulties and challenges of African Americans, Harris did not fail to embrace racial issues precisely in the confrontation with Biden in the Democratic primary.

In 2019 he accused the former vice president of not having sufficiently opposed racial segregation in the 1970s and having worked with determination for integration.

After withdrawing from the race for the dem primary, she gave a significant boost to Biden’s campaign.

With the victory of the Democratic candidate, an American season marked by the name Harris opens.

It is no secret that the former prosecutor points to the highest office of the state and who knows that this mandate as vice president will not open the way to a long stay in the White House.

The Vice President-elect of the United States of America took the stage in Wilmington, Delaware, all dressed in white.

The former prosecutor thanked the Americans for making their voices heard: “Thank you for voting en masse. You have chosen hope, unity, science and above all truth. We, the people, now have the power to build a better future ».

Speaking to the girls, Harris recalled that “I will be the first female vice president: but I will not be the last. This is a country of opportunities ». And addressing the girls she says: «Dream with great ambition and drive with conviction, we will be there to applaud you at every step. This is a country full of possibilities ».

Speaking to the nation as a whole, Harris, as he did right after Biden’s victory, said, “It doesn’t matter who you voted for. Joe Biden and I will be loyal, honest and always ready to take care of all of you and your families.”

Kamala Harris is a woman with a not-so-easy past, she has fought for the position she holds today, and is proud of what she has started since becoming vice president.

From my point of view she is a woman to be admired, her role makes us understand how much the woman can be on the same level as the man, and invites young girls like me to dream with ambition and to always pursue our goals with conviction.