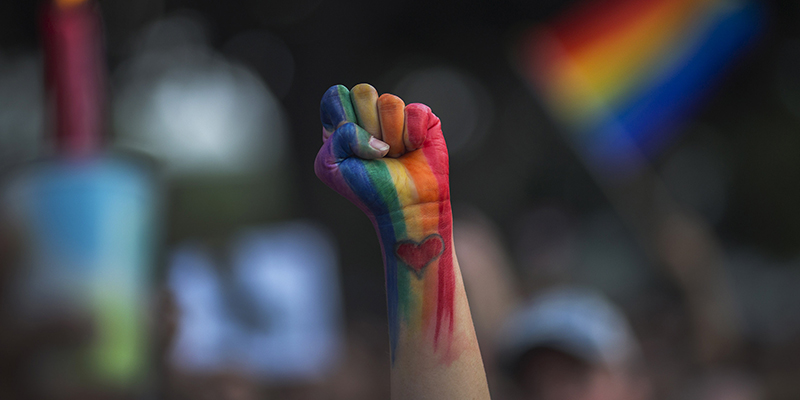 A law punishing discrimination and hate crimes against LGBT+ individuals may soon be approved in Italy. The law, written by MP and activist Alessandro Zan, member of the Democratic Party in Italy, brings together five draft laws sketched over the years, and also includes the crime of misogyny, or hatred against women.

Currently, Italy punishes hate crimes for racial, ethnic and religious reasons, as well as neo-nazi and neo-fascist actions and slogans, through the so called “legge Mancino” (Mancino Law), named after the minister who first proposed it, Nicola Mancino, in 1993.

With the new law, those who discriminate against gay and transgender people would be sanctioned with up to four years imprisonment, and generally any discrimination based on sexual orientation, gender identity, as well as gender-based violence will be punished.

“Today we have a firm and decisive majority in the parliament committed to approve this law, knowing that in Italy there are serious issues of discrimination and racism towards homosexual and transexual people,” said MP Alessandro Zan.

The law, which is going to be registered for debate in Parliament today, June 30, comes in after news of the latest episode of discrimination.

In the city of Pescara, in Central Italy, in the evening of June 25 a 25-year-old student was brutally beaten by 7 people because he was holding hands with his partner. Following the episode, he was taken to the hospital and was subject to jaw surgery, with a 30-day prognosis.

“The city of Pescara firmly condemns this aggression. This morning I went to the hospital to visit this young man, to express the city’s closeness and bring him the apology of the entire town,” said the mayor of Pescara, Carlo Masci. “I hope that, thanks to police work, the attackers can be found soon.”

Several attempts to create a law punishing acts of homophobia and transphobia have been made over the course of 25 years. Among the biggest opponents there is the Italian Episcopal Conference (CEI) and pro-life groups. “An unbiased analysis of the regulations for people’s protection in our legal system points to the conclusion that there are already enough criteria to prevent and repress any violent or intolerant behavior,” recently wrote the religious institution in a note, underlying that there is no need for a law against homophobia. Specifically, the fear is that the law will limit freedom of expression.

The promoters of the law argue that the law poses no such risks. “The law does not punish freedom of opinion at all. Rather, it can contribute to promoting cultural change in the perception of the LGBT+ world. In the law text there is a large section dedicated to prevention, from the institution of a national day against homophobia to shelters for LGBT+ youth who are sent away by their families and persecuted”, said Zan.