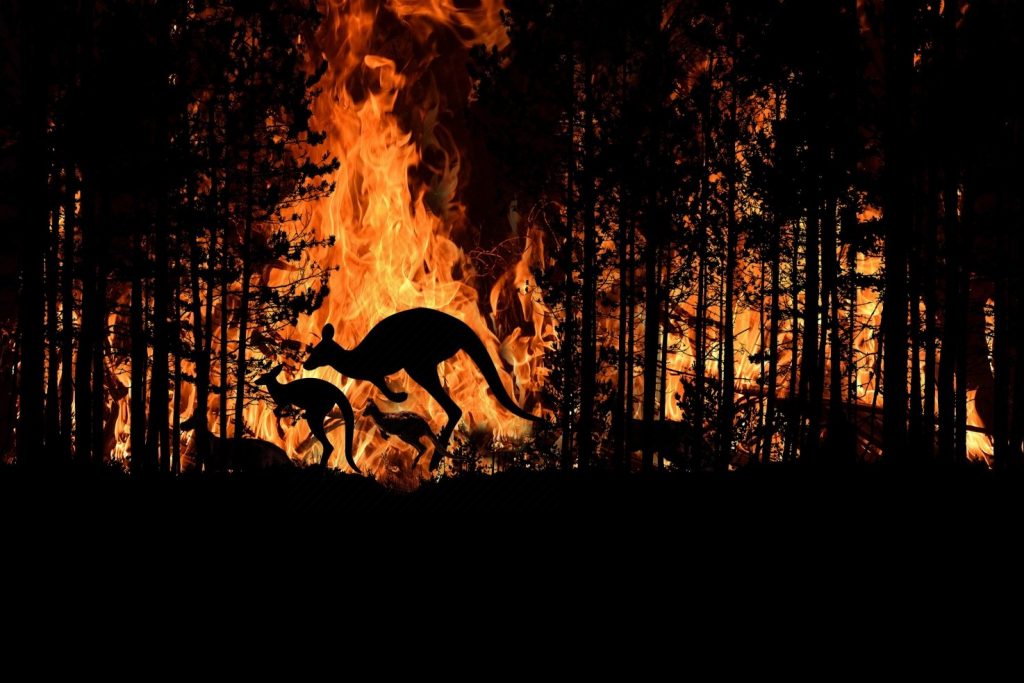 Today many countries in the world celebrate the International Day of forests. Lots of prevention campaigns aim at enhancing the importance of forests in the biodiversity, denouncing the causes and effects of forest fires in the world. That’s why I decided to focus one of the biggest distasters of the last year.

Between the last months of 2019 and early 2020, a series of large fires led to the destruction, in Australia, of at least 85,000 square kilometers of forest, and about another 10,000 square kilometers of other areas. There was always less talk about it with the arrival of the coronavirus but the Australian fires of those months caused considerable damage, with consequences that will be felt for a long time to come.

2019 was the hottest and driest year ever recorded for Australia since 1910. The largest fires, some with flames tens of meters high, had developed along the southeastern coast – in New South Wales, Victoria and South Australia. The fires had done fewer deaths (compared to those who died in 2009 on what is known as “Black Saturday”) but more damage. Because of the drought they had preceded and the strength of the winds from which they were blown, they were impossible to control and lethal to a large number of animals.

In fact, according to a recent study commissioned by the WWF and carried out by five different institutions, the largest animals that could have suffered the consequences of the fires could be almost 3 billion: some because they died directly in the fires from which they could not escape, others because they then found living in a particularly hostile habitat with very little water, very few prey and very few places in which to shelter from any predators. According to the study, the fires may have caused the deaths of 143 million mammals, 180 million birds and more than 2 billion reptiles, among others.

The city of Melbourne recorded air pollution peaks during the fires that earned the city the last place in the ranking on air quality. Following several illnesses and withdrawals of athletes due to the fumes produced by    the fires, several matches of the Australian Open have been interrupted or postponed.

On 2 March 2020, the Australian Fire Brigade, through a press release, announced that since the beginning of February there have been no more active fires, thus decreeing the end of the emergency.

Remembering today Australia disaster is a way to make sure that something like this never happens again!