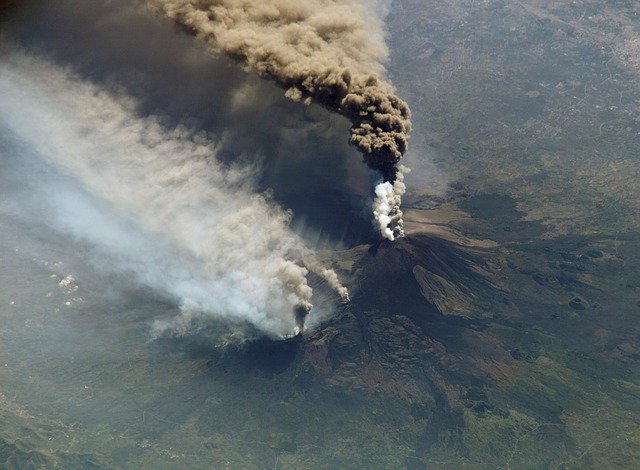 THE SHOW STILL GOES ON: THE SMOKE OF “HER MAJESTY ETNA” WRAPS SICILY.

Mount Etna show goes on! The eruption activity that began on St.Lucy’s Night 13 December 2020, in the summit area of the volcano does not want to stop!

Particularly since February, Etna has been erupting on and off providing amazing scenes of magma flows and sending huge crests of smoke and ash into the sky.

As a matter of fact, even between 12 and 15 March 2021, Etna produced the twelfth and thirteenth paroxysms since the beginning of this phase of eruptions. These are violent paroxysmal manifestations however, in spite of that, they always provide awesome and fascinating nature shows both during the day and in the darkness of the night! The columns of gas and ash, which even reached 12 km in height were photographed from all over Sicily and Calabria: columns of smoke spread for several kilometers, and carried the ash from the eastern side of our island to the opposite end of it, to Palermo, which has even tried the odd experience to wake up wrapped in a “black veil” of thick ash on its roofs and streets.

The intense falling of volcanic ash and large lapilli even at low altitude surprised people together with the ordinary, atmospheric rain. Especially on towns and villages near the volcano, large black rivers invaded streets, squares and even fields causing problems for local agriculture, too.

In short, Etna does not stop and continues to give a show: after a week of illusory calm, even between the 31 March and 1 April there was another paroxysm and, no, it was not a joke on April Fool’s Day! Despite all of that, people are not reacting with panic, but with great admiration even because volcanologists say this period of activity  will not  cause any serious damages or injuries: in fact the very high lava fountains and flows arrived and ran aground without any problems in  the Valle del Bove desert.

After all Etna is the chief landmark of the Mediterranean and the most active volcano in Europe! In the Middle Ages the Saracens named it “el Jabel” (“the mountain”) and the Sicilians still call it “A Muntagna”(monte Gibello- Mongibello), the mountain of the mountains!

Etna has aroused in all ages not only the interest of scientific observers but also the admiration of poets…Dante, too! Did you know that? In his masterpiece “Divina Commedia”, Dante defined Sicily as “beautiful Trinacria, island of fire” and in Canto XIV of ‘Inferno’ he mentioned Etna by writing “in Mongibello a la focina negra” alluding to the place where  the god of fire and the talented blacksmith Vulcan/Hephaestus  forged all gods’ weapons, especially thunders for Jupiter/Zeus!

“A Muntagna” has always fascinated me, but especially in this period, it has aroused great emotions in me. We are talking about one of the most powerful eruption activities of the last decades, an exceptional event that impressed me a lot, considering that I had never witnessed anything like that before: the red fire in the clear sky, the rose-coloured sunset and the black rain of ash and lapilli at the same time.

This is the amazing power of nature: both wonderful and frightening!

What will future eruptions be like? Just wait and see before giving an answer, but  in the meanwhile…enjoy the show!