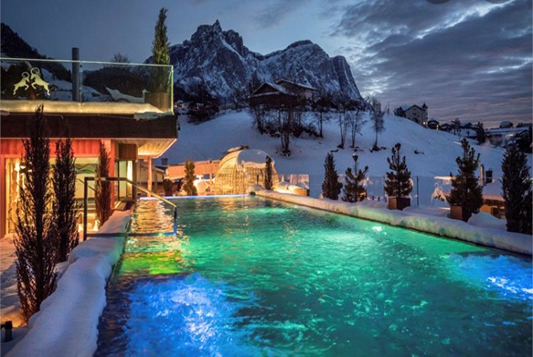 THE PROCEDURE OF THE HOTEL SYSTEM IN ITALY

The history of the Italian hotel accommodation system is characterized by constant expansion and rationalization. Companies are growing in a generalized, differentiated, and widespread way, increasing their size, starting from the beginning of the twentieth century. The great war events of the last century, the First and Second World Wars, stopped only for a few years the hotel business that then resumed its vigorous development. In 1930 the hotels in Italy were 4,349, more than enough for the movement of the time.

The Italian hotel system today occupies a leading position in the world for the number of rooms available, ranking fourth after the USA, China and Japan, before Germany and Spain, therefore, the first country of the European Union. According to a recent survey, 37% of the world’s population could choose where to go on a “prize” holiday would choose Italy, which is therefore ranked first as the desired destination. Italy has the highest number of UNESCO sites and is the fifth country in the world for international arrivals with over fifty million arrivals. In Italy, there are more than 33 thousand facilities, with more than 1 million rooms, and about 2.2 million beds, mainly 3/4 star hotels. Looking at the number of rooms subject to transactions in Italy in 2017, this figure is estimated at about nine thousand rooms, with a preponderance of 4-star structures, followed by 5 stars. The Mediterranean area has a market share that corresponds to 34.5% of all the world offers. Italy remains one of the great tourist destinations with one of the largest and highest quality accommodations on the market today.

The strategy of the sector and its relevance in the Italian economic context is evident. To consolidate growth trends and evolve in line with market needs, we can no longer think of talking about tourism without talking about digitalization. Today everyone, not only young people, goes on holiday by consulting social media. The use of data analysts, social media specialists can make a fundamental contribution to the industry not only to satisfy the user but also to select information for the definition of its offer. A 5-star hotel must provide different services to its guests, both on the reception and the catering side. A 5-star hotel must have a 24-hour reception service (and in at least three languages), a night porter, a luggage transport service by an attendant at all times of the reception, a custody service that includes the use of safety deposit boxes in each room and the hotel staff must always be in uniform.

A 5-star hotel must carry out a cleaning service of the rooms once a day, the change of bed linen and towels must take place every day. The bar service must be guaranteed in the rooms at any time of the day and night, while at the hotel bar there must be a 16-hour employee. As for the food front, breakfast must be served in a special room and the customer can request that it be brought to the room at the scheduled times. The rooms in a 5-star hotel must be at least 7, including some suites, and respect precise dimensions. In the room, in addition to the basic furniture, are required: stool or shelf for luggage, armchair, satellite TV, telephone with access to external calls and call of staff, minibar, safe and internet connection. In the bathrooms, you will also find an emergency call, a bathrobe per person, towels and bath towels, toiletries and toiletries, a hairdryer, wastebasket, and hygienic bags. A 5-star hotel must have a restaurant, a bar area, a seating/reading/entertainment area, a breakfast area, and a meeting area. The lift is mandatory for structures over two levels, as well as the freight elevator or service elevator; heating must be provided throughout the hotel, as well as air conditioning is mandatory in hotels at a height less than 500 meters.

Seasonality is not a factor to be underestimated; the hotel sector is a sector that operates in annual cycles punctuated by the seasons. Generally, the months from November to March are off-peak periods for hoteliers. Between June and the end of August, the turnout is at its peak, it is the high season. The seasonal downturns are experienced by all those involved in the journey. In the mountains, the seasonality is very marked, with most sales in winter, while the summer is a much quieter period. The situation is reversed for beach destinations. For Italy, August remains the month of maximum hotel use and Lombardy remains the most “active” region, with nine interventions that covered all categories 4 and 5 stars. Many of these 4/5 star hotels have distinctive features: relaxation areas with heated beds, swimming pools, mini pools, therapeutic rooms, areas equipped for massages with sunbeds and beauty cabins, Jacuzzi, wet rooms with Turkish bath, Monsoon emotional showers, and saunas at 90 grades.

The structures crowned in Italy with 5 stars and therefore with certification of excellence and luxury are the Belmond Hotel Caruso on the Amalfi Coast, the Hotel de la Ville Rocco Forte in Rome, Hotel Il Pellicano in Porto Ercole, Le Sirenuse in Positano, the Rosewood Castiglion del Bosco in Montalcino.