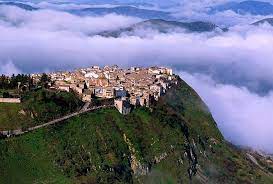 The place where I like to stay is the Badia Vecchia because it is quiet and because my grandmother lives  there. The Badia Vecchia’s story isn’t very important for my village. The “Badia Vecchia” was built in the fifteenth century when the Benedictine Nuns moved from the previous monastery out of the village in the countryside. The Badia Vecchia is where the Benectine Nuns invented the Sfoglio, a typical cake from Polizzi Generosa. Now  all the Madonie park pastry chefs  make  the “Sfoglio”, they call it the “Sfoglio Madonita”  but, actually, it is not “Madonita” it was born in Polizzi Generosa, my village. (Simona) 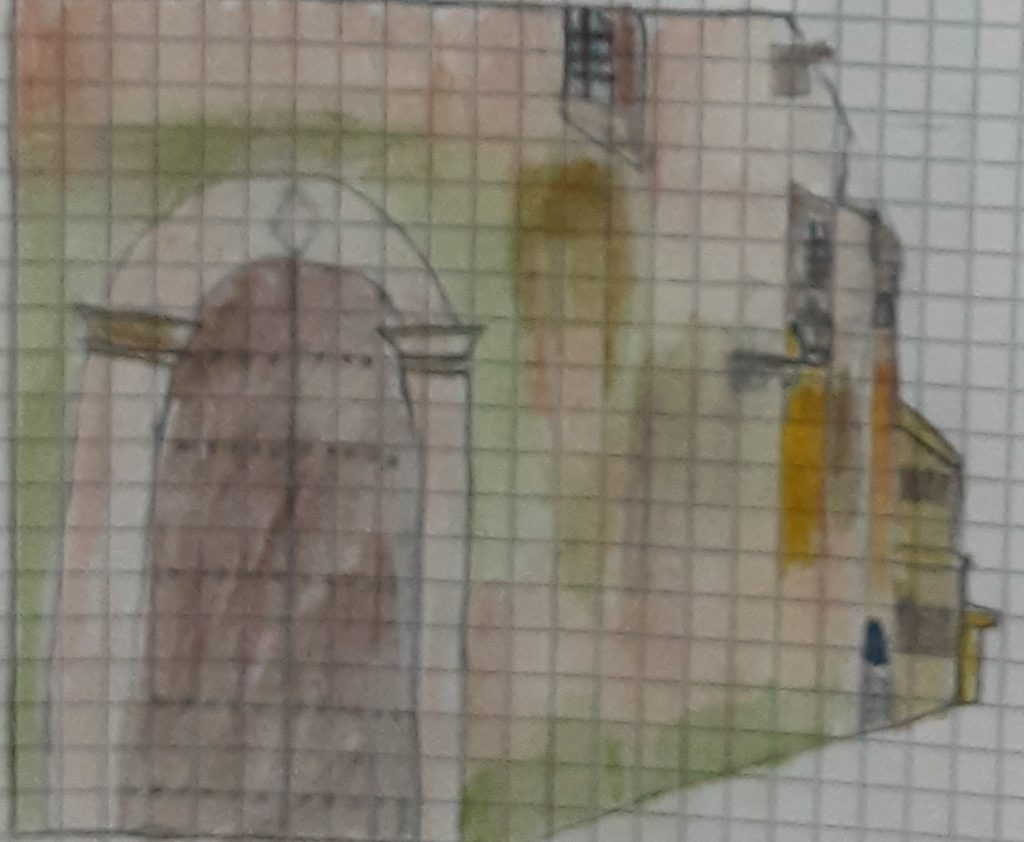 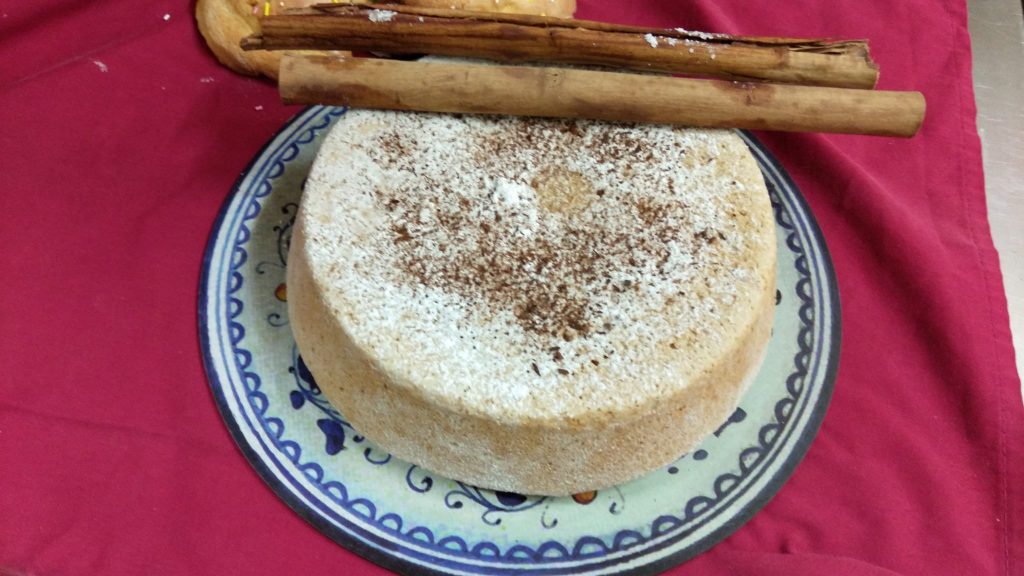 The place where I like to stay is the “Badia  Nuova”, the church of ”S. Maria delle Grazie” belonged to the Benedictine order. It was built together with the convent in 1499 by the Signorino family. The church, which was completely redone in the 1700s, is baroque in style. Above the main entrance there is the Clarisse choir, decorated with floral motifs. The oil on canvas *The four Arcangeli” is kept there*. But the most important work preserved in the church is the Wooden Custody from 1697, carved by the  sculptor Pietro Bencivinni. Sparkling in its gold, in its Baroque style, the large lignea case  dominates with its monumental dimension the entire cap of the Church. An “A” pyramidal architectural structure, divided into four floors, in a “delirium” of twisted columns, caryatids, eagles, angels, fruit festoons, niches with statues of saints. It’s good to be there, to sit down and observe the wonderful Baroque church. (Larissa)

Hello everyone, today I am talking about an important building  in Polizzi Generosa  the town hall! Now I tell you its story! Between 1681 and 1730 the Jesuit college was built, it occupies an entire block and was the only seat in all the territory of the Jesuit order. Jesuits arrived in the village before 1570, after the invitation of some noble families to take care of the education of their children. When the religious orders were suppressed in 1866, the building became the seat of the municipality and the library which was called “Lancia di Brolo” inaugurated in 1893 with books donated by Duke Federico Lancia di Brolo and enriched over the years by thousands of texts, historical finds, portraits of illustrious police officers etc… Inside the former college, today we also find the museum of the ancient toys, the Hellenistic archaeological museum. Our town hall is a real architectural structure that testifies  the presence of history and culture! (Niroa)

The place where I like to stay is Palazzo Carpinello. It dominates all the Carpinello square. It was the seat of the Regia Secrezia, an office that collected taxes for the sovereign in the state-owned cities. Later it was the Carpinello barons home. It stands out for its long façade and for the two characteristic sundials placed on the sides of the balcony, overlooking the main door. Today it is divided among several private owners. In one of them I used to live with my family when I was a child and where my grandparents still live, that’s why I know these particular parts of the building that nobody else can know. (Giorgio)

The place where I like to stay?  I was a little child, I used to hear my mother voice telling this story: Today we are in Polizzi Generosa, in the Madonie Park, a very ancient small town. This is the archaeological Museum. When you enter you can see the figure of the Threee-headed Iside’s statue (before the destruction) and then the same statue made new by an Australian artist called Eolo. After we can see a very particular archaeological find: a baby bottle. Walking through the museum we find two statues. After that we find a jar with a drawing on the handle. In the main room of the museum there is the most important piece: the jar where is depicted Hercules who fights the Lion. At the end of the tour we pay tribute with a depliant and a book which talks about the museum’s story. (Ettore)

The place where I like to stay is the toy museum recently set up, the toys are from the nineteenth to the twentieth century. Among these toys we can find horses, dolls and we can also find furniture models which were used by the Sicilian craftsmen to introduce themselves to the nobles. These precious toys let us to understand what were the games in the past, that’s why I like them. Most of the toys, about 40 pieces, are from the noblewoman, painter Francesca Carpinello’s private collection. The antique toy exhibition is housed in the rooms dedicated to the ancient and glorious municipal library of Polizzi Generosa. The exhibition has got interesting examples of local and foreign craftsmanship, in fact some of those were imported from Germany: this is due to the circulation of artisan works following the law of 1826 which abolished the workers in Sicily. (Gioele)

The place where I like to stay is the church of Santa Maria Lo Piano. I have a personal stake in this church which Is very old now so It needs to be restored. So we decided to collect the signatures to renovate it. Last summer, Domenico Dolce’s niece and me, we collected the signatures to include our church in the  “FAI – Fondo Ambiente Italiano”, the National Trust for Italy with extraordinary results,  winning the number thirteenth  place in the country-wide ranking. (Alex)

My place is in front of  the Flemish triptych  it conveys me a complete peace of mind. The Mother Church  contains many works of art  but that triptych is magnificent. In the centre there are the late Gothic Virgin with the Child sitting on a throne with the  musician angels playing a score, in the side doors the Saints Catherine with a sword and a book and Barbara with the palm tree, next to the tower where she was locked up. The features of the figures painted are of such a moving beauty, they are supernatural creatures with supernatural strength, they are serenity themselves.  (MariaTeresa)

The place where I like to stay is The  Commendary. It was the richest in the Messina Priory, on which it depended. The church of the “Commenda” was the seat of the Jerusalem Order, which, like that of the Teutonic knights, first protected the pilgrims in the holy land. The Jerusalemites arrived in Polizzi Generosa  in 1177 and had their first headquarters in the Samperi Casal around 1450. There they built their house near  the Church of S Agostino, which they  enriched with furnishings and silver chalices. I like its medieval atmosphere and the idea of the knights going to the crusades. (Emanuele)

The place where I like to stay is the San Gandolfo  hermitage. It was built around 1320, the year in which the Saint became the protector of the city of Polizzi Generosa. This place, still a pilgrimage destination, is surrounded by nature, they say that there S. Gandolfo made a mute to talk. A small house for the hermit-custodian and a small cemetery were built next to the church. Every seventh Wednesday after Easter, we use to celebrate a great feast in honour of the Patron Saint, we all walk to the hermitage from the Mother Church in the centre of Polizzi  to that Saint Gandolfo little church and after the mass all the people have a big picnic all together, that’s why I like it. (Vincenzo)

The place where I like to stay is called  Pitta Mill. When I was a child I used to spend there  a lot of time, so I am fond of it. My parents lived there before I was born. The Pitta Mill was built by Jesuit monks in 1617, it is located in the Fiumara among several mills in the Polizzi Generosa countryside. It is a water mill used to grind wheat.  The peculiarity of this place is that it is immersed in a green hazel grove crossed by a stream.  Now the Pitta Mill is a bed & breakfast. (Danilo)

The place where I like to stay and which I recommend  to everybody is Deer Plain. It is  the ideal place if you want and like the outlook, hike and a quiet place where you can see a 360 degree views and admire the local wildlife, deers, boars, foxes and if you are lucky you can see the white deer that looks like something out of a fairy tale. “Piano Cervi”  is the most beautiful place I know. (Lorenzo)

Up in the mountains is the place where I like to stay. Up there, there is a valley, whose  name’s ’’Pan Handle’’ because it looks like a cooking pan. I like this place because it is quiet and I like its story. The legend tells  that  there is a cave, inside of which there are many chests of gold. The cave’s doors  open once a year, on Palm Sunday, when the bells of the Polizzi’s churches start  ringing. While the ringing of the bells the cave’s doors open. Who wants the gold can enter in the cave and get what treasure he can  but they have to get out of there before the bells finish to ring. Nobody has been able to do this, and some people have been trapped inside the cave. (Anna)

The place where I like to stay is  Polizzi Generosa, my village, it is in the high Madonie Park, it is considered a city of art for the heritage of the many goods it preserves. One of these is the Mother Church dedicated to “Santa Maria Assunta” but commonly called “S. Maria Maggiore”, we know that it was built in 1260 and made enlarged by Countess Adelasia wife of Rinaldo dell’Aquila grandson of King Ruggero. We also know that the Franciscan Gandolfo from Binasco preached there during the Lent Season. Over the centuries it has been restored and modified several times, in 1764 it was almost totally ruined, but still you can admire its great architecture. (Rossana)