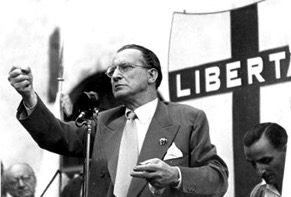 “THE OTHER FACE OF POWER”

THEY SAY THAT WHEN WE ARE BORN, WE ARE ALL DESTINED FOR SOMETHING. IN ANY CASE, REGARDLESS OF EVERYTHING, OUR DESTINY IS WRITTEN IN THE STARS. BUT THERE ARE THOSE WHO DO NOT STOP AT THE STARS, AND CERTAINLY TRY TO GO FURTHER, TO GALAXIES, TO BLACK HOLES, EVEN TO THE ENTIRE UNIVERSE. WE ARE TALKING ABOUT POLITICIANS.

Politicians are those who aspire by nature to two things: to do good and to be great leaders. Often people trust these leaders so much that they re-elect them for a second term, for a third term, until they are no longer eligible for the presidency of their country.

What is the reason for their success? many are inspired by philosophers, many still are endowed with that charisma of which many authors speak to us since classical antiquity, that is, that form of mind that is by nature led to orient the masses, to unravel situations that seem more complicated than expected. A charismatic leader is undoubtedly an excellent leader, but you have to be careful so that the charisma does not result in too much self-confidence. and they run the risk of running into a dictatorship.

The most sensational case of a nowadays nation that trusts entirely (at least as far as it is said) its leader, is that of Putin’s Russia, called “the tsar”. How this man became who he really is, now is well known. But what made people trust him 100%, despite appearances? And why do many still support it today?

First of all, it must be said that the Russian territory, the first largest in the world, is populated by many different ethnic groups, some of the Slavic origins, others of Altaic origins, others of Turkish-Mongolian origins. According to recent polls, everyone supports Putin in Russia, but for what reason? Because many see him as an emblematic figure, the only one capable of restoring order in Russia after the defeat of the Soviet Union in 1991. The political scientist Francis Fukuyama in 1992 claimed that the period of the great political confrontation of the bipolar world, generated at the end of the Second World War (American capitalist bloc, and Soviet, Chinese and Indian anti-capitalist bloc), was over. In Russia, many marked according to a pragmatic and distrustful vision of life, especially those who do not inhabit the metropolises, argue that the only one able to bring back to this bipolar construction is Putin, who is the only one who can bring Russia back to its maximum splendor.

This desire to be different from Western capitalists, to focus everything on a strict regime to be observed, is today strongly supported by many citizens of those nations that were once part of the Soviet Union, because they basically see a decline in the Western world, on the moral, ethical, social and above all political level. Their vision is extremely clear and lucid. On the other hand, as stated by Queen Olga of Greece, making clear and round her concept on which form of government preferred, “I prefer to be ruled by a well-born lion than by four hundred rats of my space.” In this, the Russians believe, in a strong and charismatic leader who alone knows how to pull a country to the highest power, and they refer to Genghis Khan, to Alexander the Great, from whom most of the Slavs claim to descend, they refer to Caesar and Catherine II.

So, here it is clear why everyone supports a more authoritarian regime. But now we ask ourselves, why Putin? wouldn’t they prefer another candidate?

Because he is strong.

With the fourth term, Putin is set to be the longest-serving Russian leader after Soviet dictator Stalin. The Russians recognize that they have always defended national interests, in the face of a West that they feel increasingly hostile. Not surprisingly, Putin – who practically did not campaign – focused a lot on patriotic pride, and left no room for the other candidates. But according to many polls, it is not necessary to argue that “the tsar” is elected solely and solely because of the continuous phenomena of corruption within post-Soviet Russian politics (which are as clear as the sun), yet it is also a question of mentality. Most of the Russian population lives in the countryside, in the taiga, on the edge of a world perpetually frozen by permafrost, which freezes even their rigid opinions.

Based on the programs of the other candidates, who have always failed miserably against Putin, it would seem obvious that they are leaning towards a more democratic, more Western constitution, which unlocks Russia from the rigid group that has been created and which finally approaches the free world. But it is precisely the majority of the population, mentioned above, who do not want to know about a democratical transition. That’s a bit like when, in 1946, Italians were asked to decide between the king and Republic. Between democracy or autocracy. The majority of the population, concentrated far from the large urban centers, more pragmatic and accustomed to a firmer and more decisive policy, voted for the monarchy. That is exactly what the Russians want. A solid nation, led by one, who knows how to hold it well, a Machiavellian prince who knows how to hold the reins of the nation, with an iron fist if needed. But if it is for the sake of mother Russia, then it is good for everyone.

And what do Putin’s plans for the future seem to be? But above all, how far will the Russian population be willing to go? Do we support the Tsar, or do we go against him and witness a new civil revolution? After all, Russia has never been too stable as a nation as far as government is concerned. So, many say “let’s leave the situation like this, that for now, we are fine, you just have to follow the rules” those who are placed in a democratic context would find it much more difficult than a Russian to stay under a certain government, because we have been drawing on full freedom for a long time, and rightly we have the right to rebel against anything that does not go well. But the Russians say: rebel? but if all goes well so!

Putin has now entered all the homes of Russians, and not only, in their minds, although we see that, obviously, this would have been impossible for him in a democratic context and free from pseudo-totalitarian constraints. We must therefore ask ourselves: is it better to be free and feel good, despite the fact that freedom often involves a very high price, or to be silent, when everything is going well, so as not to worsen the situation?

But above all, will Russian society ever raise its head in the face of these questions or will it prefer to remain in its place, comfortable, over the centuries?  To this day “the Tsar” seems well entangled in his Slavic throne… but for how long? Will a wind of Western democracy and freedom ever come to the taiga, or will taiga remain forever entangled within the fatal permafrost?