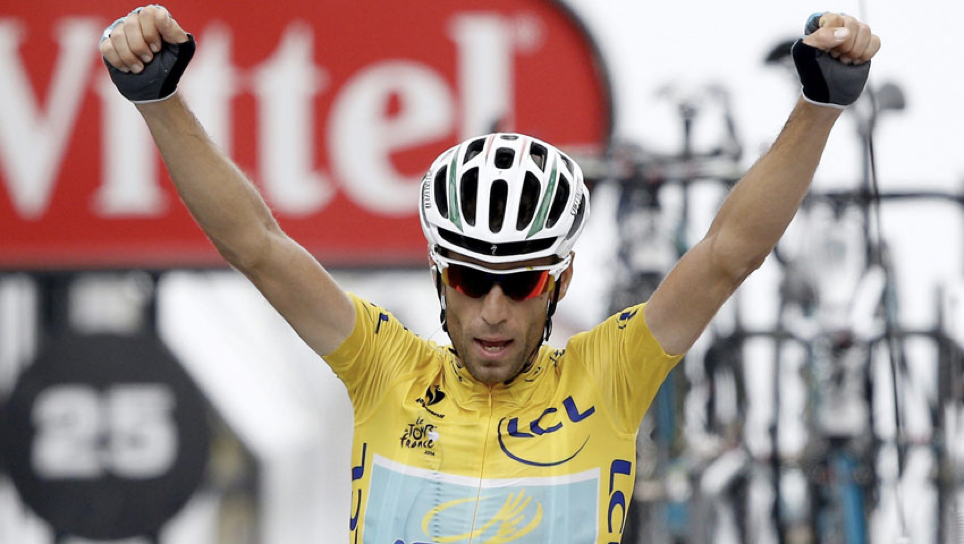 THE NIBALI “SHARK”: STORY OF A DREAM

Vincenzo Nibali is an Italian cyclist born on November 14, 1984 in Messina, with the characteristics of a long distance climber he defends himself well even in time trials and is a strong downhill skier.

He approached the bicycle as a child, obtaining seven victories in the Allievi category and then moving on to the Juniores and conquering nineteen successes in the first year (2001) and another fourteen the following year.

Called up for the World Championships in Zolder, Belgium, in 2002 he won the bronze medal in the category time trial. The following year he moved to the Under 23s and won seven races, including two stages in the Tour of Austria.

In 2005, therefore, Vincenzo Nibali became a professional, enlisted by Fassa Bortolo and then in 2006 by Liquigas.

2008 is the year of consecration: the season opens with a stage victory and the conquest of the final classification of the Giro del Trentino, prelude to the Giro d’Italia which ends in eleventh place. He also participates in the Tour de France, where he wears the white jersey for a few days.

In 2010 his ambitions are finally replicated. He gets the red jersey and the white jersey relative to the combined classification, winning the Vuelta di Spagna, twenty years after the last Italian.

In 2013 with the new Kazakh team, he won the Tirreno-Adriatico and at the Giro d’Italia he obtained the pink jersey, also winning the time trial in Polsa.

In 2014 the Sicilian Shark (as he is nicknamed by sports journalists) wears the yellow jersey from the 2nd day and arrives to triumph on July 27, 2014 on the Champs-Elysees in Paris: he is the sixth man in the history of cycling to have won the big three stage tours (Italy, France and Spain). The Italian who preceded him on the top step of the Tour was Marco Pantani, sixteen years earlier.

In 2016 he won the Giro d’Italia again by completing a masterpiece: after some disappointing stages, he recovers in a big way in the last mountain stage in the Alps, he wears the pink jersey and triumphs the next day on the catwalk in Turin.

In 2017 he collected a third place in the Giro and a second place in the Vuelta di Spagna, while at the beginning of the 2018 season he won the Milan-Sanremo, the great opening classic of the cycling season.

Years of ups and downs followed and at the Messina stage of the Giro d’Italia 2022 he announced his retirement at the end of the season, after having won an edition of all three Grand Tours, having won the Vuelta di Spagna in 2010, the Giro d Italy in 2013 and 2016 and the Tour de France in 2014. Goodbye Squalo!