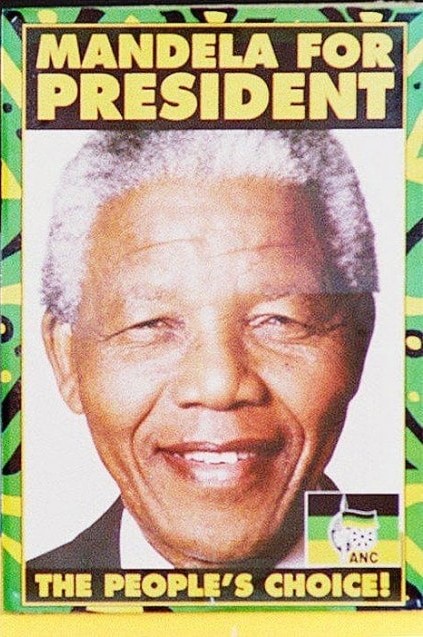 Nelson Mandela was one of the greatest statesmen in the world. He led the struggle against the apartheid regime in South Africa believing in freedom and democracy.

He was born in 1918 in the Eastern Cape of South Africa. In 1939 he entered Fort Hare University College, an educational institution for black people where he took up his law studies.

In 1944 Mandela joined the left-wing of the African National Congress political party and he started campaigning against apartheid, fighting for the rights which were denied to Black South Africans. For his political activity, in 1952, he was the first black man who was banned from public life, even if he had already become a lawyer.

In 1962 he went to Britain secretly and, when he was back, he was put in prison. Two years later he was condemned to five years of hard labour because he was considered guilty of violence and sabotage. He was transferred to the Robben Island Prison. In 1980 an international campaign was started in order to release him. This great man soon became the icon of the struggle against racism all over the world. 11th February 1990 was a fundamental date in Mandela’s life, since he was released after 27 long years of imprisonment and, consequently, three years later he was awarded the Nobel prize for Peace.

In 1994, for the first time in South Africa’s history, democratic elections were held and people of all races were allowed to vote. Nelson Mandela became South Africa’s new President. Even if five years later he retired from public life, he continued to support projects in defence of the quality of the lives of children and young people.

Mandela devoted his entire life to the struggle against apartheid, a system of legal racial segregation where the white minority of the population controlled the Country. He knew that black people were the victims of long-lasting violent crimes, they couldn’t live on a freeway, they were not allowed the liberty of thought and they could not fulfil their expectations. Mandela gave a voice to the poor and powerless black people who had no rights. He became a symbol, an icon, a chance of a better future. For these reasons, it was not difficult for Mandela to convince people to choose him as their President in 1994. Everybody in South Africa knew him and trusted him because he had made a lot of efforts and sacrifices in order to achieve the great goal of his life: he desired to free South Africa from racism and apartheid. He had spent twenty years in an infamous prison where his living conditions were terrible: he couldn’t receive visits for one year and he had to work very hard.  Having suffered a lot because of his ideals, Mandela represented all the black people who wanted to change the world and get rid of a terrible past of disappointments and suffering.

In a famous speech during a political rally, he expressed his great dream with the following words:

“I have cherished the ideal of a democratic and free society, in which all people live together in harmony and with equal opportunities. It is an ideal that I hope to live for and to achieve. But if needs be, it is an ideal for which I am prepared to die.”

These words couldn’t help having a strong appeal to people who were used to suffering from segregation. Oppressed people saw in Mandela the man who could guarantee the hope of a better future, growth and progress. His election rallies were always successful, people were happy to listen to him and they had no doubt: Mandela had to become their President.