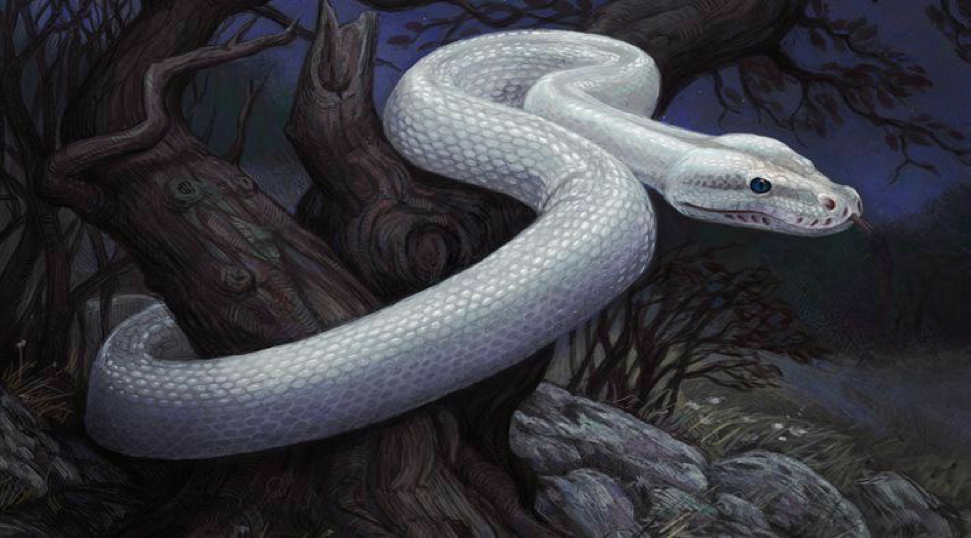 THE LEGEND OF THE WHITE SNAKE.

The legend of the white snake is a very famous legend in China, and the protagonists are recognized as part of popular culture to the point of being used for advertising and parodies. In addition, several short films have been made about this legend.

Scholars believe that in ancient times this story was handed down orally, while the first written evidence we have dates back to the Tang dynasty, and more precisely to 618, when the legend thus became a heritage of Chinese literature, albeit in the form of a short story.

Since then, countless versions have been written, until its appearance on theatrical stages from the fourteenth century.  In particular, the legend of the white snake became one of the most important works for the Peking Opera, that is, a particular theatrical form that developed in Beijing in the 18th century.

This characteristic representation is among the best known oriental arts in the West, due to the strong scenic impact.  In fact, on stage the actors are also dancers, singers and acrobats, while the costumes are highly sought after and full of symbolism, starting from the color.

The plot of the story turns out to be quite simple, at least at first glance, with a protagonist (the student Xu Xian), a beloved (the white snake), a love thwarted by a third (the monk Fahai) and a fourth character now an

ally.  now opponent of the protagonist, the sister of the white snake (the black snake).

The two snakes live in the Emei mountains, sacred to both Buddhism and Taoism, when one day they decide to go down to earth.  In the city of Hangzhou, near the West Lake, they meet Xu Xian, and the white snake falls in love with him.

The two marry but on the trail of the “demon” there is the monk Fahai, who tries to convince Xu Xian that his wife is not human.  A fight ensues at the end of which the white snake is defeated by Fahai.

The Black Serpent, Xiao Qing, was determined to avenge her defeated sister Suzhen.  He returned to the spirit mountains and again began to earnestly study the magical doctrines.  After several years, at the head of numerous spirits of the various caves, he went to Lei Feng Pagoda, defeated its guardians and set it on fire.

Starting from this scheme, with the passage of time, innumerable versions of the story have been created, even Buddha appearing among the protagonists.  A legend, that of the white snake, attributable to the classic figure of the fox spirit, where beautiful women often known in the inns turn out to be quite different.  With the changing of times, however, the symbolism of the story changes, that is what can be considered the “moral”.

The symbolism of the legend can be traced back in the original version to the distinction between good and bad.  Fahai, which literally means “ocean of law”, was the supreme good.  The monk dressed in yellow symbolizes the color of the sacred and of power, he fights evil, or the snake dressed in white, which is symbolically the color of death, saving Xu Xian.  The latter plays the role of mankind, representing the fragility and corruptibility of the same.  The naive man falls into the arms of the tempting demon and therefore needs someone to help him find the right path.  The right way is faith and respect for tradition.  The role played by colors is also very important.  The second snake is represented with several colors: sometimes green, a symbol of nature and life;  sometimes blue, a symbol of spirituality and immortality;  sometimes black, one of the five primary colors symbolizing water, but without particular implications of value.

In the Japanese culture, if someone encounters a white snake in their life, they will be considered lucky and will continue to have luck.  For this reason, people carry a picture of a white snake with them or hang a picture of the white snake on their walls.  The snake represents the courage of men and the beauty of women in both Japanese and Chinese cultures, and sometimes, the snake can mean wealth.