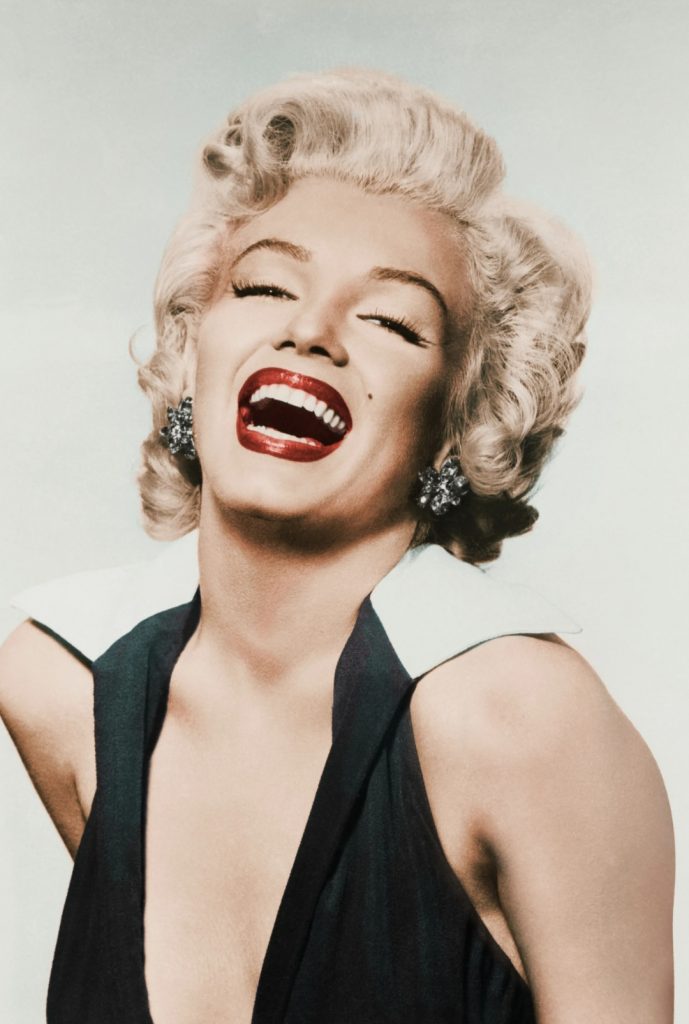 The Golden lady of Hollywood 

With the 60th death anniversary of Marilyn Monroe, the next August 4th, a lot of newspapers started to talk about her and the tragic end that is still shrouded in mystery.

She was born in Los Angeles on 1st June 1926 with the name of Norma Jeane Mortenson Baker to her mother Gladys Pearl Monroe and the father of whom the identity is still unknown.

Because of the mental illness and the financial instability of her mother, Marilyn spent a troubled childhood, living between foster homes and orphanage. These events will affect her whole life and probably they are the base of the decade of her mental health: she will always define herself a “waif” , never feeling a part of something.

From 1936, Grace Mckee, Gladys’ best friend, became her legal guardian. She was a film archivist at Columbia Pictures and introduced the little Marilyn to the World of Cinema. The same actress affirmed: “When I was a kid, and I remember at the movies on Saturday afternoon, I’d never come out of the movie. They’d have to come get me. Bad, good, didn’t matter. Anything that would move on the screen” (from ‘The mystery of Marilyn Monroe: The Unheard Tapes’).

In the following years she became a model: she posed for David Conover and André de Dienes and her photos were noticed by the owner of the Blue Book Model Agency, Emmeline Snively. She made Marilyn more suitable in the role of a Hollywood model, straightening and dyeing her hair blonde.

During these years she dated several men (although some of them were already married like the Kennedy’s brothers) and married three times: firstly to James Dougherty, after to Joe DiMaggio and in the end to Arthur Miller.

During the second marriage she started to be abused by her husband, instead in the third one, she was highly criticized by Arthur for not being the ‘perfect wife’ he thought she was. This led to her mental illness and to the abuse of several drugs and psychotropic drugs.

On August 4th 1962, she was found dead in the bedroom of her house in Brentwood, in Los Angeles. The diagnosis of her death was acute barbiturate poisoning.

Her legacy is more than legendary, being one of the most famous people of all times, her charisma and her beauty are and will always remain in our history.

In her memory, in 2022, Netflix produced a documentary about some of the shadows of her story, called ‘The mystery of Marilyn Monroe: The Unheard Tapes’: for the first time people can hear different evidence of people near Marilyn and try to understand some aspects of her intricate life.

Even though her journey was brief and sad, she will never stop shining like the star she used to be, a young girl made of pure gold, the one and only Marilyn Monroe.