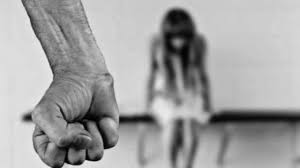 On the eve of 25th November, International Day dedicated to violence towards women, from the news we heard so much about a tragic event, the Genovese case.

A young girl, just over the age of 18, was invited to a private party together with her friend, to the luxurious apartment of the “ important entrepreneur”, Alberto Genovese, as described in the newspapers. Genovese had already been investigated for disturbing public quiet. In fact, just on the evening of the above mentioned party , one of his neighbors, Roberto Bolle, called the police to inform them of what was going on ,not forgetting that he organized a party in the middle of a world pandemic, when  everyone had been told to follow restriction in order to avoid gatherings. He and his group of friends were accustomed to exchanging photos of women , who had been raped.

If this were not enough they bragged about their “TROPHIES”, treating their victims as if they were inanimate Object. It is not clear a concept, a woman’s no has the exact same value as a man’s no, but apparently this is something foreign to someone’s mind.

The story goes on that night, this young girl went to the party and ,as ordered by Alberto, she left her phone in the hall and innocently joined the party. After entering, she voluntarily takes drugs, probably cocaine. Soon after, Alberto decides to take her to his room and it is supposed he give her “ghb” , also known as rape drug. He ties her to bed and rapes her well over 18 hours.

Immediately, her friend started looking for her. In the meantime, Alberto’s victim is recovering from the effect of the drugs that Genovese had given her and she begs Alberto to let her go. The girl wanted to go home. Luckily , she manages to grab her phone and at the same time her friend arrives “at this point the nightmare is over”. Alberto, realizing that he had gone too far this time, called his technician to delete all the pictures on the  camera, which was on during the girl’s ordeal. However, the technician only deleted the remote material ,so that today,it is possible to access all the footage, which is overwhelming evidence against Alberto! He, of course continues to defend himself, discrediting the girl and saying that he did nothing against the law, as the girl was totally consenting. In my opinion there is an enourmus difference between being drugged and consenting to being raped !!!

This case has caused outrage , so much that another girl has decided to come forward and report him for sexual abuse, which took place just the summer in Ibiza. Who knows how many other girls have been victims to his abuse? The police,  are in fact ,carrying out further investigations and  other cases  of rape are suspected.

I wonder, what pleasure is found  in psychologically and mentally torturing a girl. It comes with great astonishment that in the year 2020 if a girl doesn’t consent to having sex, she probably will end up by being raped. It is not surprising a great number of similar cases are never reported, even when there IS  overwhelming evidence that raped has taken place “ it’s almost always the girl’s fault”. How can we young girls ,feel protected in a society where ,rather than talking about Alberto  Genovese  as he actually is, a RAPIST, he is described as an excellent businessman,  who “in a moment of weakness” committed this horrific act of abuse. We live in a sexist, hypocritical and omertous society, where people prefer to keep silent and allow criminals to get away everything. In 2020 a female cannot go out alone because she risks being raped, and furthermore, even if there is overwhelming evidence against her aggressor, SHE will probably be the only one found guilty. What is wrong with people? In 2020 we say that women have evolved so much, but honestly I think we’re still light years away from total gender equality. I very much hope that if we continue to denounce all these facts, to enforce our rights, we will be able to bring about a great change to our society, which so much needs it.