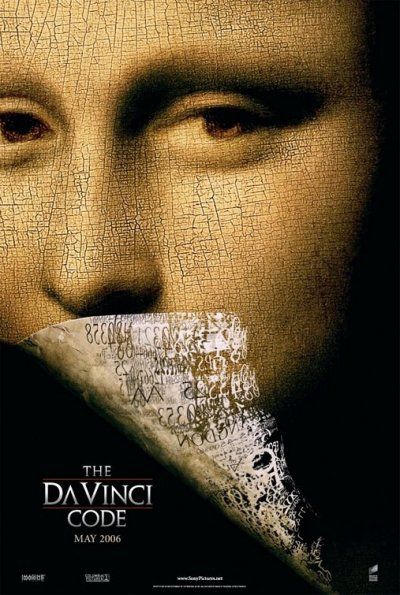 The Da Vinci Code and the Mystery of the Holy Grail

What if everything we know or think we know turns out to be a staging or a cover-up of something bigger?
Present heard of the Holy Grail: according to the medieval word, the Holy Grail or Holy Grail, is the legendary cup with the tradition Jesus celebrated the Last Supper and in which his blood was collected by Joseph of Arimathea after the crucifixion. The Holy Grail, officially recognized by the Vatican, is located in the Santo Caliz Chapel inside the Valencia Cathedral. But why is such a great treasure, an inestimable good that contains the greatness of Jesus and Christianity from the year 0 so exposed, in Spain, as if it were a simple chalice? Perhaps, however, the cup we all know is not really what it seems. This mystery is the basis of the movie “The Da Vinci Code” which describes and talks about the greatest, most powerful enigma of man’s existence. As the title suggests, it is inspired by the great artist Leonardo, who in his works often represented famous moments such as the Last Supper, and it is there at the base, it is there that the mystery and the truth are hidden. There is the Priory of Sion which is an association, which despite being the result of pure invention, in many conspiracy theories appears as something that really existed and of very ancient origin. It hides an insidious secret, which could compromise the foundations of Christianity itself.
Throughout history the Church has always been a fundamental and influential organ, from small actions to wars. The church, however, has not always had a beautiful conduct, the fact that it represents God on earth does not mean that it has a clear conscience or an impeccable one. Like all human beings, churchmen also sin and err. One that can be done is: because within the Church there are no women who represent, Paps, bishops, cardinals, all men, the sisters exist but they are only a minor body that does not act on the big questions. But also the figure of the woman conceals some secrets linked to the holy grail. I want to introduce myself to something that perhaps does not exist or perhaps does not make itself known. All eyes know the Star of David, something symbolic of the Jewish religion, yes, it is a six-pointed star but, if we looked with the minds we would see more. There is a triangle and another identified that intersect, representing two figures, the man, the triangle from the tip, and the woman, from below, as if it were a V, representing a female belly. And do you know where this symbol is seen, or maybe not really? Discover it. Mary Magdalene is a figure in the history of Christianity, one of the women who witnessed the resurrection of Jesus. But perhaps it is not only this. There are various theories that she, in her womb, kept a son of Jesus. Obviously the Church has hidden many things, including various Gospels written by Magdalene herself. The woman had a daughter, but after she died she no longer knew who she was her father, nor of Magdalene’s tomb, which was lost. Rumors? Legend? Or maybe reality? Leonardo Da Vinci represented the relationship between Jesus and Magdalene, in an implicit way, as if to leave it to the most astute eyes. Looking at the work “Il Cenacolo” there are many hidden details. The work describes the moment when Jesus gives himself to the disciples as bread and blood. But there is no chalice on the table, and they are not all disciples (men). There is a split in the work, a division, a separation that distances Jesus himself from someone to the left of him. A woman wearing clothes with the opposite colors worn by Christ. She is Maddalena. But the most interesting and most hidden thing is what forms between the two. Looking closely we see a V, the symbol of the woman, of which I have already told you. If we moved Mary to the right of Jesus we would see her head resting on the shoulder of her probable spouse. The Church hides secrets, mysteries, unspoken words and events never revealed, but the thing that would make Christianity collapse most is the discovery that Jesus had given birth to an heir, but not a simple one would become his successor but, a child . So, if you have not yet grasped the gist of the discourse, the mystery, the sacred grail, it is none other than Mary Magdalene.
History tells us the facts but never tells what lies beneath, the story within the story, which is simply up to us to discover.