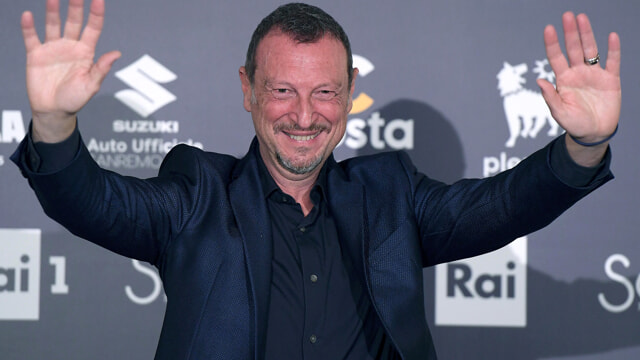 In the last few years I wasn’t very used to watching Sanremo, but this year I have to say that it really impressed me. This is because it wasn’t just a song contest, but it was a real show.

In all four evenings, the share was over 53%, a sign of the fact that the Italians liked it very much.

There were a lot of interesting guests like Checco Zalone, Matteo Berrettini, Laura Pausini, the Maneskin band and a lot of other famous people.

The thing that struck me most about this Sanremo was the presence on the stage of Ariston of many young people such as Sangiovanni, Aka7even, and Matteo Romano. In particular, the last one is a young boy who has made himself known thanks to videos uploaded on social networks, in particular on Tik Tok.

Obviously also the presence of the audience gave something extra to everyone. It was different from the previous one where the theatre was empty, without people. It was really strange!

Another peculiarity of this Sanremo was the introduction of the Fanta Sanremo. It consists of a competition in which anyone can participate by choosing a “team” of singers who, based on their attitudes on stage and their performance in the competition, will receive scores. For this reason, several singers during their performances were scathing to get bonus points.

I also have to say that there were a lot of songs that I liked. My favourite ones  were: “Brividi”, “Ovunque Sarai” and “O Forse Sei Tu”. Among these three songs I really love Brividi. It is sung by two young singers: Mahmood and Blanco. Since the first time I listened to it, I thought that it could win.

I have known these two singers since before Sanremo and I already liked Blanco very much. I prefer Blanco to Mahmood, but in this case, I like them both. I think that they could also win the Eurovision Song Contest, which is a competition where every European country is represented by its own singer.

Despite the presence, however, of many important people who have given this Italian Song Festival a greater media resonance than in recent years, I think that the real responsible for all this is Amadeus, that managed to make this edition of the Festival really spectacular!