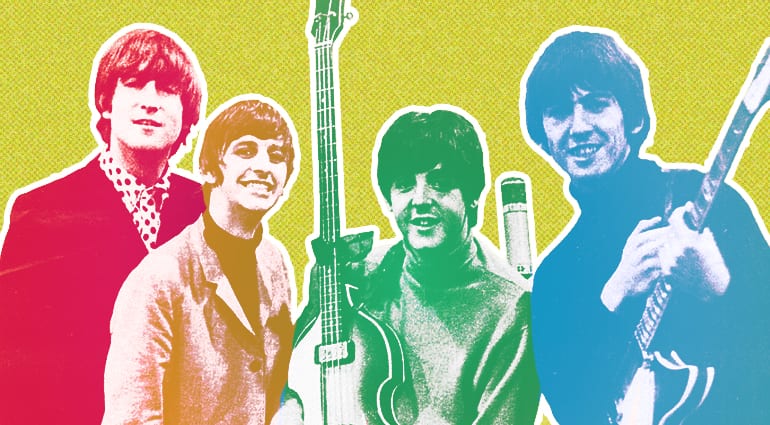 The Beatles, a legend band

The Beatles were an English rock band, made up of four members, born in Liverpool in 1960.

They are considered to be the most influential band of all time.

Their story begins when 17-year-old John Lennon and 15-year-old Paul McCartney, both amateur guitarists, meet for the first time during a rock concert on stage for Woolton Parish Church.

The two boys are part of two different groups, but, knowing each other better, they decide to perfect their poor guitar technique together.

Having grown up to the group, two other members are added: George Harrison and Ringo Starr, also very good.

The quartet is complete and they begin to write various songs together.

The first, still very famous today, was Please Please Me, which was produced by George Martin.

They started it in September 1962 and finished in February 1963.

The Beatles legally disbanded on December 31, 1970 due to the various conflicts between the members of the band.

I really liked one of their songs and I want to share it with you.

Take a sad song and make it better,

Remember to let it penetrate your heart,

You were made to look for it and take it,

The moment you let it penetrate under the skin,

Then you start making it better.

And every time you feel pain,

Do not carry the world upon your shoulders.

Who remains in indifference,

Making his world even colder.

Hey, Jude! Do not disappoint me,

You found it, now go get it,

Remember, let it penetrate your heart,

So don’t take it too much to heart,

You are waiting for someone to play together.

And don’t you know it’s really you

Hey, Jude, you gonna make it,

The movement you need is on your shoulders.

Take a sad song and make it better,

Remember to let it penetrate your heart,