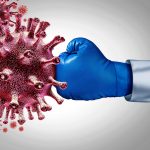 The Anti-Covid rules from May 1st In Italy

The anti-covid rules from May 1st in Italy

From May 1st, the changes regarding the green pass and the masks will come into force. However, these safety-devices will remain necessary in some public places; the government will decide with a specific decree.
The competent authorities will meet for a resolution session scheduled for next week, but some rules have already been decided: from 1 May it will no longer be mandatory to show the green pass and keep the masks indoors; the certification will only serve as proof of recovery and / or vaccination.
However, there are some exceptions such as for health facilities, in which the current rules regarding the green pass will be in force until December 31st. With regard to masks, the Government will instead have to establish the places where the use will remain mandatory. The Prime Minister will later approve the decree in the council of ministers.

According to the new rules, the elimination of the green pass will concern the performance of the following activities:

Immediately after the long weekend of 25 April, the Prime Minister Mario Draghi will convene the “control room” and then the Council of Ministers to enact the new decree which, as mentioned, will indicate the places where to leave the obligatory mask. Here are all the places where it will remain for a few more weeks.

On public transport means such as buses, metros and trams, FFP2 will remain and the same orientation could prevail for airplanes and trains.

According to the Minister of Culture Dario Franceschini, people who go to the cinema or the theater “feel safer if all the spectators near them keep their masks”. On the other hand, the number of infections is still high, even the positivity rate obliges the government to keep the utmost attention.

In the catering sector, the choice of respecting the scheduled timetable and removing the obligation to wear a mask indoors should prevail as early as May 1, also to encourage tourism and the economic recovery of the sector.

In stadiums, the mask is removed since everything takes place outdoors, the government’s orientation is instead to keep it in sports arenas.

As for the places of work, a definitive choice has not yet been made, but the government is oriented not to remove until June the obligation to wear masks indoors in public offices, places where contact with citizens is most intense and where it isn’t always possible to maintain the distance between people. The prevailing idea is that surgery-masks should be enough.
For private workplaces, the decision, from May 1st onwards, will be up to companies.