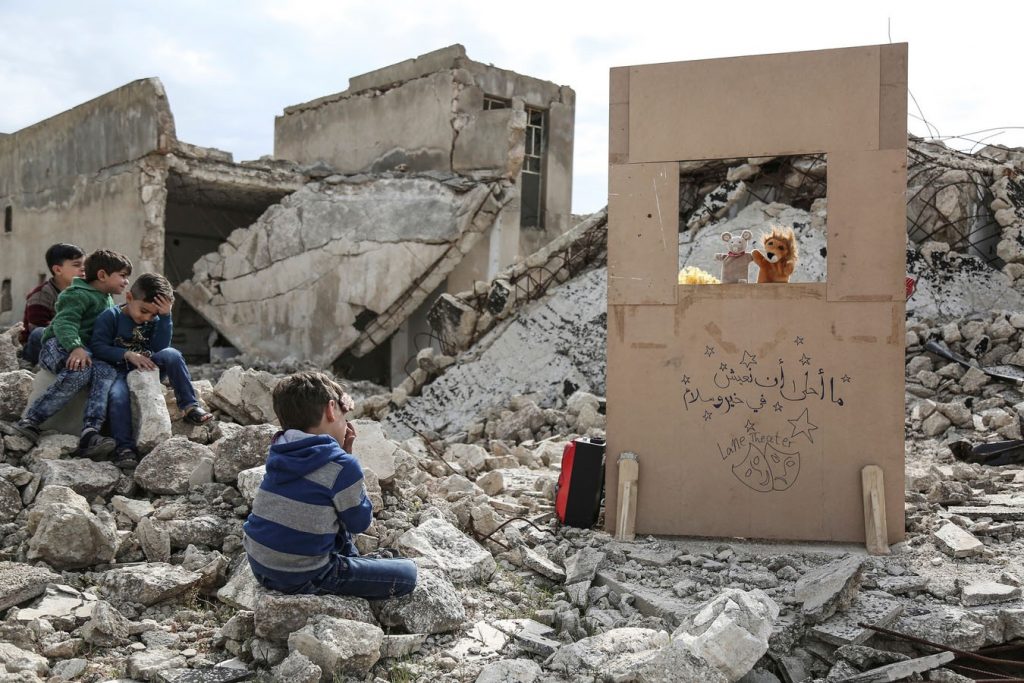 SYRIA: A WAR WITH NO END?

Today, while we are struggling against an invisible enemy, called “Covid- 19”, there are some Nations where this Virus is just an addition to the terrible situation people have been living for exactly 10 years.

We may don’t know much about this topic, nor our tv or newspapers talk about it, but war happens today, it’s real and we must become aware of it.

All started on the 15 of March 2011 in a small city in the south of Syria, Daara, where two teenagers, just like us, wrote on a school wall a sentence against longtime president Bashar al-Assad.

The next day, many people decided to protest, demanding democratic reforms and also the release of the young political prisoners.

But Assad’s government repressed the pacific march with a violent crack down.

In July 2011, defectors from the military announced the formation of the Free Syrian Army, a rebel group aiming to overthrow the government, turning the revolt into a civil war.

So, from one side we have the Rebels, supported by US, Turkey, Qatar, Saudi Arab, France and UK.  From the other, the Syrian military, which is  financed by Russia and Iran.

In 2013 various rebels groups emerged across the country. Later that year, ISIL (ISIS) emerged in northern and eastern Syria after overrunning large portions of Iraq, but were partly defeated by Syrian Kurdish Fighters, the majority of whom is composed by women.

The war continued during all these years and some professors think it’s never gonna end, because this situation involves much more than the country of Syria: it’s about the fighting of interests of some countries, like USA or Russia, that use Syrian war as a weapon to overcome the other.

But maybe not all of them understood that, over the course of those 10 years, Syrian people have suffered the most.

In January 2021, 13.4 million people inside Syria were in need of some form of humanitarian assistance, including 6 million in acute need, according to the UN.

9.3 million Syrians are food-insecure, and approximately 4.5 million children are going hungry in the country.

Syrians make up one-third of all the refugees around the world. According to the UNHCR, 80 percent of Syrian refugees live below the poverty line, with limited access to basic services, education or job opportunities. At least 5.5 million refugees are living in neighbouring countries Iraq, Turkey, Jordan, Lebanon, and Egypt – and within Syria, 6 million people are internally displaced.

In the past year the humanitarian crisis has been compounded by an unprecedented economic downturn, which saw the value of Syria’s currency decline drastically and food prices reach historic highs. In addition, the country has suffered a Covid-19 outbreak, whose true extent is not known because of limited testing capacity and a devastated healthcare system.

With colossal damage to homes, schools, hospitals and infrastructure, large parts of Syria have been shattered by the fighting. US government sanctions and a surge of COVID infections has made life even more difficult for war-weary families.

9.3 million Syrians are food-insecure, and approximately 4.5 million children are going hungry in the country.

Syrians make up one-third of all the refugees around the world. According to the UNHCR, 80 percent of Syrian refugees live below the poverty line, with limited access to basic services, education or job opportunities.

At least 5.5 million refugees are living in neighbouring countries Iraq, Turkey, Jordan, Lebanon, and Egypt – and within Syria, 6 million people are internally displaced.

WILL THE WAR EVER END?

It does not look like it will anytime soon, but everyone agrees a political solution is required.

The UN Security Council has called for the implementation of the 2012 Geneva Communiqué, which envisages a transitional governing body “formed on the basis of mutual consent”.

Nine rounds of UN-mediated peace talks – known as the Geneva II process – failed to make progress, with President Assad apparently unwilling to negotiate with political opposition groups that insist he must step down as part of any settlement.

Russia, Iran and Turkey set up parallel political talks known as the Astana process in 2017.

An agreement was reached the following year to form a 150-member committee to write a new constitution, leading to free and fair elections supervised by the UN. But in January 2021, UN special envoy Geir Pedersen lamented that they had not even begun drafting any reforms.

It’s sure that, with five foreign armies active in Syria, the international community could not pretend the solutions to the conflict were only in the hands of the Syrians.

To know about Syrian civil conflict may make us grateful for what we have, the Country we live in, where our rights are respected and we can share ideas and saying what we want with no fear of getting arrested. But, above all, it should teach us always to be welcoming and kind with people who come from another State: we don’t know what they’ve passed, the pain they went through, what they’ve lost, maybe forever. We must be respectful, try to help out and, never, never judge.