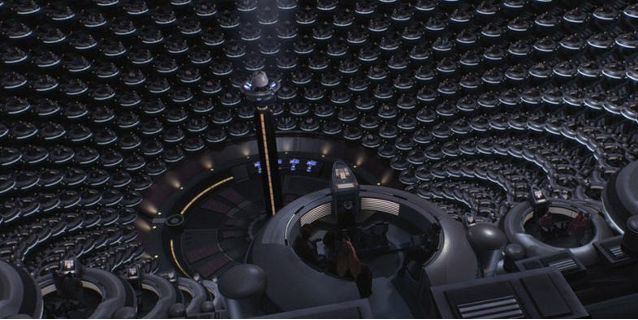 STAR WARS: THE ROLE OF THE SENATE IN THE REPUBLIC AND ITS GENESIS.

Star Wars is a six-film saga created by George Lucas. The production of the saga began in 1977 with the filming of the first film: “STAR WARS”, later restored with the name “Star Wars, a new hope”. During the 1980s, two other films were shot and were linked to the chronological trend of the first film: “The empire strikes again” (1980) and “The return of the Jedi” (1983). This trilogy is called the classic trilogy. Around the 2000s George Lucas decided to continue the saga after the first success. So, he decided to shoot three films that in the chronological line of the saga happen 20 years before a new hope. The films produced during the 2000s are: “The Phantom Menace” (1999), “The Attack of the Clones” (2002) and “The Revenge of the Sith” (2005). In the latter trilogy, Lucas wanted to give importance to political events and decisions that would lead to the end of the Jedi order and the republic. In this article I will focus on the role and history of the Senate, the place where it all began.

The Galactic Senate, also called the Senate of the Republic, formed the legislative and executive branch of the Galactic Republic based in Coruscant.
The Senate was composed of over 2000 members and was headed by the Supreme Chancellor, elected by the votes of the delegates of the assembly. Senators represented a sector of the galaxy but some and, for some historical reasons, were delegates of a system or even of a single planet; they could be elected by people or could be appointed by a sovereigns, in any case, they were the only ones who can vote the various motions.

Religious leaders, leaders of ethnic minorities and even leaders of large commercial corporations could also participate in the congress as members of a senatorial delegation. The Galactic Senate was a place where all senators and representatives of the Galaxy discussed major problems related to the organization or approval of the laws of the republic and made decisions. The Galactic Constitution invested the Senate with the power to regulate trade within the republic, manage hyperspace route and interplanetary militias as we have seen in episode 2 with the decision by the Senate to create an army with which to face the separatist droid’s army.

Around 20,000 BBY (before the Battle of Yavin), however, the number of planets in the Republican district increased dramatically and, in order to avoid anarchy, it was established that senators would represent their native sector. At the end of the Sith Wars, the Senate was still a weak institution, mostly acting as a mediator rather than an institution
executive. Following the Ruusan Reform (reform that provided for the renunciation by the Jedi of their land, naval and space assets that were later taken into custody by the Senate and no longer by the Chancellor), a large part of the power was taken from the Supreme Chancellor and given to the Senate. Already a decade before the Clone War, the Senate was in full decline: the majority of senators were corrupt, changing their position according to their interests.

Finally, after a series of reforms, in response to the separatists, the incumbent Supreme Chancellor, Sheev Palpatine (Darth Sidious), took over the Senate, transferred into his hands much of the power assumed by the Senate, proclaimed himself Emperor; he organized the so-called order 66, which consisted in the killing, by clones, of most of the Jedi generals present in the battles and not, with the army of clones designed by himself in previous years. After these events the government of the old republic ended, and the Government of the First Galactic Empire began. The role of the Imperial Senate in this period is almost zero. Subsequently, Emperor Palpatine officially dissolved the Senate immediately before the Battle of Yavin, exploiting the growing threat of the Rebellion. From these actions we can understand how a Sith lord was able to subvert a state organ of the republic by manipulating the decisions and choices of the senators themselves and how the Jedi protectors of the republic and democratic ideals didn’t notice anything.