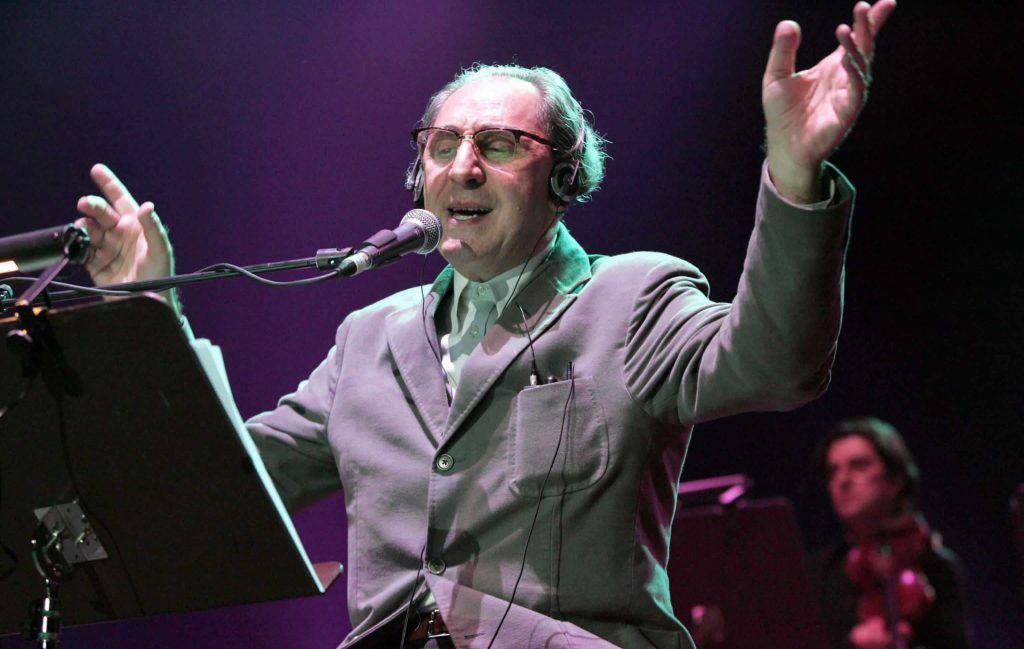 Yesterday at the age of 76, our fellow citizen Franco Battiato died. Only a few friends could take part in the “Prayer Vigil” in Villa Grazia in Milo, a small town on the slopes of Etna.

Who was this great man?

He was born on 23 March in Riposto, Ionia, in the province of Catania, and died in Milo on 18 May 2021, he was an Italian singer-songwriter, composer, and director. The artist made headlines for the large number of styles he deepened and combined with each other in an eclectic and personal way: after the initial pop phase of the sixties, he moved on to progressive and avant-garde rock caught in the following decade. Subsequently, he returned to the footsteps of pop music, also deepening the songwriting. Among the other styles in which he has tried his hand are ethnic music, electronic music, and opera. Throughout his career, in which he obtained a conspicuous success with audiences and critics, he availed himself of the help of numerous collaborators including the violinist Giusto Pio and the philosopher Manlio Sgalambro, co-author of many of his pieces. His texts reflect his interests, including esotericism, philosophical theoretics, Sufi mysticism, in particular through the influence of G.I. Gurdjieff, and oriental meditation.

After graduating from the Liceo Scientifico “Archimede” in Acireale, and following the death of his father (truck driver and longshoreman in New York), in 1964 he first moved to Rome and then settled in Milan. Regarding the Lombard period, the artist recalls: “Milan was then a city of fog, and I had a great time. I used my little knowledge of the guitar in a cabaret, the “Club 64”, where there were Paolo Poli, Enzo Jannacci, Lino Toffolo, Renato Pozzetto and Bruno Lauzi.

I opened the show with two or three Sicilian songs: pseudo-baroque, faux-ethnic music. In the audience there was Giorgio Gaber who told me: “Come and find me”. The next day I went. We became friends ”.After having interrupted his university studies to pursue his musical passion, he released two singles for the magazine Nuova Enigmistica Tascabile (NET) in the mid-sixties, which included discs of famous songs interpreted by little-known singers as attachments. On these two occasions Laurea appears on the cover with his first name Francesco Battiato. The first single contains a song presented at the 1965 Sanremo Festival by Beppe Cardile and Anita Harris, L’amore è parte. The second takes up a song brought to success by Alain Barrière: … and more I love you, translated into Italian by Gino Paoli. The song will be repeated, in a new version, in the 2008 album Fleurs 2.Together with fellow countryman Gregorio Alicata, in 1967 he formed the duo of “Gli Ambulanti”. The two artists perform in front of the schools, with their own repertoire of protest songs. At this stage, it will be their friend Giorgio Gaber who will launch them, offering their songs to the Nanni Ricordi record company.

During the processing stages various misunderstandings emerge that lead the duo to dissolve and Battiato decides to continue his career as a musician individually. Gaber always procures Battiato a contract with the record company Jolly, which inserts the figure of the artist in the vein of “protest”, at the time very popular and present in many songwriting productions. The first singles officially recorded are La torre and Le reactions. These are followed by The world goes like this and Sad like me. The single La torre accompanies the artist’s first television appearance, which took place on May 1, 1967. The program is titled Diamoci del tu and is conducted by Giorgio Gaber in tandem with Caterina Caselli. During the episode another young singer-songwriter still unknown performs: Francesco Guccini.And on this occasion, the Milanese Degree proposes a Battiato to change the name from Francesco to Franco, precisely in order not to be confused with Guccini. “From that day on everyone called me Franco – the musician will remember – even my mother”. Always with Gaber he collaborates in the drafting of the song … and then come on!, Presented at the Sanremo Festival 1967, and Gulp Gulp, the theme song of the aforementioned television broadcast Diamoci del tu.

In 1968 he changed his record company, moving to Philips, with the intention of abandoning the protest genre to record records with a romantic flavor, in order to reach a wider and generalist audience. In this period he collaborated with the guitarist Giorgio Logiri (some songs written by the two were recorded by other artists, such as A lume di candela, sung by Daniela Ghibli). He recorded two other songs that the record company released only in 1971 (Vento Caldo and Marciapiede) and obtained a fair consensus with Èamore, a song that soon became the artist’s first commercial success with over one hundred thousand copies sold. In 1969 the musician participates in a Disco for the summer with the song Bella ragazza which will later be excluded from the competition. In the same year he participates in the International Light Music Exhibition presenting the song Seemed like an evening like many others.

The musician has also ventured into other fields such as painting and cinema. He is one of the artists with the most awards from the Tenco Club, with three Plaques and a Tenco Award.Between November 2012 and March 2013 he carried out a very short experience as a councilor for tourism of the Sicilian Region in the center-left council of President Rosario Crocetta, declaring that he did not want to receive any compensation.