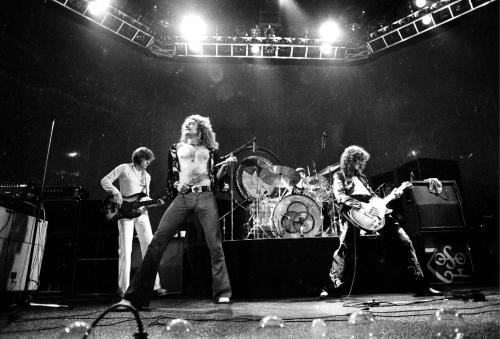 Rock is the musical genre that most of all embodies the youth rebellion. It developed in the United States and the United Kingdom during the fifties and sixties of the XX century. It gets its origins from other genres such as rock and roll, rhythm and blues and country, but also folk music. The main instrument is the electric guitar, but the electric bass and drums also play an important role. It assembles many musical subgenres that have developed over the time.

The origin of rock dates back to the American post-war years during which pop music was characterized by three main elements: rhythm and blues, highly rhythmic dance music; pop music of a commercial nature  based on catchy and simple melodies; country and western, and a type of folk music.  Rock ‘n roll was born from these three trends in the mid-1950s, a new musical genre of fast rhythms that incorporates many characteristics of African American music which embodies the rebellious spirit of the new generations. The first and greatest exponents of rock ‘n roll were Bill Haley and his group The Comets with the song “Rock around the clock” which is considered the first of the rock and roll genre, Elvis Presley, who became the symbol of rock thanks to his vocal skills and unconventional attitudes that captured the attention of the young audience of the time and The Platters, a quintet that, with the song “Only you” and other hits, conquered the top of the charts of the best-selling records.

Over the next decade, however, Britain became the new epicenter of Rock. With their pacifist ideals, transgressive attitudes and originality, the musicians of this time are ready to shake the new generations, to incite them to rebellion and to change the bourgeois society in which they lived. Above all, the Beatles and the Rolling Stones most embodied this trend and had an incredible impact on the new generations, so much so as to give rise to a media competition between them. In the United States, folk and country are renewed by addressing social issues such as racism and war, especially on the occasion of the one in Vietnam. The songs of Bob Dylan and Joan Baez give voice to the dissent and expectations of young Americans, also becoming an important means of reflection. In 1969, thousands gathered in Woodstock for a 3-day mega concert attended by about 500,000 sectarians, united by social and musical ideals. In particular, the song “Blowing in the wind” written by Bob Dylan, became the anthem of the pacifist and anti-war protest movement in the 1960s.

At the end of the 60s new exponents of rock made their way, always interpreting the aspects of youth protest, such as Jimi Hendrix, Jim Morrison, Frank Zappa, the Velvet Underground, the Eagles, the Doors, which offer rebellious music in which it reflected an extreme existence.

In the second half of the 70s  Rock is influenced above all by psychedelia. Rock returns to being evasion, detachment from reality. The main exponents will be the Pink Floyd, Led Zeppelin, David Bowie, Lou Reed, Iggy Pop, Kiss. Another genre in vogue in the 1970s is Progressive. Among the main representatives we remember the Jethro Thull, the Emerson, Lake & Palmer, the Gentle Giant and the Van der Graaf Generator. A peculiarity of this genre is that it adds to traditional instruments other instruments such as the flute, different types of saxophone, the double bass, the keyboards and the clarinet, making the sounds melodic, catchy, dreamlike but also psychedelic. In the 70s, however, other genres were also born that will find their development in the 80s: Punk Rock whose most important groups were the Ramones, the Sex Pistols and the Clash, even if it was born thanks to the Velvet Underground, with the so-called proto -punk. But also the Hard rock and Heavy metal genres with the Black Sabbath, Deep Purple and Led Zeppelin and later with Iron Maiden, Aerosmith, Europe, AC / DC, Queen, Motörhead, Rainbow, Scorpions and Kiss.

The 80s will be marked not only by hard rock and heavy metal but also by other extremes of Rock, such as Death metal, Black metal and Power metal. Containing mostly dark and satanic messages. Particularly the Speed ​​metal, whose best known band will be Metallica. But what really marks this decade for Rock will be post-punk and the New Wave. Dark sounds, resigned lyrics that result in self-harm, melancholy, nihilism and depression. However, another genre was also born, which resulted in a more pop sound: the New Romantic genre whose main representatives were the Duran Duran and the Spandau Ballet. The 80s are also characterized by the Glam Rock current, this term means the fact that the artists took particular care of the aesthetic aspect, in an eccentric way or more in a classic way, launching fashions and trends. Exponents of this genre will be the Aerosmith, Europe, Bon Jovi or Queen. In that decade, keyboards, long hair, took on a certain importance, like electric guitars. In fact, there is also talk of electronic rock. With the birth of MTV, it also became important to accompany the songs with a video clip.

In the 90s, Grunge was born, the last important evolution of rock. Electric guitars become angry rather than rebellious. Young people no longer looked for hopes, illusions and desire for change in music, but only a way to vent their discomfort, more disillusioned and less dreamy than previous generations. To fully reflect this trend is precisely the Grunge music, which mixed heavy metal and punk rock, but also hardcore punk, hard rock and post-hardcore and which finds the most prominent band in Nirvana.