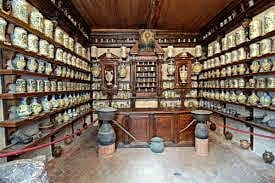 ROCCAVALDINA: A STEP BACK IN TIME.

Roccavaldina is a hilly village located in the province of Messina, Sicily, at about 300 meters above sea level.

Nowadays its population is just over 1,000 inhabitants. This town has not only an incredible history but also a breathtaking landscape. Its position doesn’t help those people who have to reach work in the valley, but long time ago Roccavaldina was among the most important towns in Messina. Well, it was like New York but with a better landscape.

Thanks to its view overlooking the sea people could know if someone wanted to attack the island, indeed.

These days habits haven’t changed, people carry on hearing gossip, which is called cuttigghio in the Sicilian dialect, at that time they undoubtedly talked about Cesare Candia and his life.

But, hold on a second, who is Cesare Candia? Let’s start from the beginning: once upon a time there were only two humans on earth. Okay, hold on a second again, not so far back in time. We were talking about Roccavaldina.

You should know that the main attraction of this little town is the extraordinary ancient apothecary. It houses a unique collection, which consists of 238 different vessels, but at the beginning they were more than 300. Unfortunately some of them were broken, stolen or given away.

The customer, who asked Patanazzi to create several albarelli and jugs decorated with historical figures, was probably the merchant Cesare Candia because his name and his coat of arms are depicted on a vase. He worked in Messina and Palermo, he used to import ceramics in Sicily helped by some craftsmen from Florence, Venice and Urbino.

Now our apothecary exhibits pottery that contained some typical spices and herbs used to heal diseases in the past.

The pharmacy was active from 1628 to 1882 when the last apothecary Vittorio Bottaro Anastasi – those people I mentioned before surely used to talk also about him – had to stop the work of this pharmacy. It belonged to the Mother Church of Rocca until 1979, later the town of Roccavaldina, represented by the major, became the owner. Last year the pharmacy was restored and today everyone can visit this fantastic piece of history.