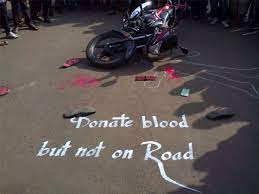 Reading the “Live Sicilia” article concerning one of the latest fatal accidents on the Catania-Gela road, we wanted to deepen the subject and understand the most frequent causes of road accidents. In the article we see the phrase “for causes not yet known”, but as we all know, the causes of accidents are many from the intake of alcohol or drugs to minimal distraction that could be fatal.  But we are curious to hypothesize, what could have resulted from an accident that occurred in broad daylight?  Maybe a sudden illness that hit one of the two drivers? Perhaps a risky overtaking by one of the two? The head-on collision left no way out for the drivers, but did not suggest the real reason for the accident.

Alcohol: it is the most important factor in the case of serious or fatal road accidents;

Narcotic drugs: the intake of substances such as hallucinogens, amphetamines, cannabinoids, cocaine, ecstasy, inhalants and opiates involves a significant increase in the risk of an accident, especially if accompanied by alcohol consumption.

Medicines: Medicines that can interfere with driving are numerous and widely used, such as sedatives, tranquillizers, antidepressants, antihistamines, diuretics, hormones and antidiabetic drugs. The identified risks are generally not too high, but it is nevertheless useful for the patient to be warned by the doctor about the possible effects of the drugs he is taking.

Road accidents represent a problem of absolute priority for public health due to the high number of deaths and permanent and temporary disabilities they cause in the world.

In Europe, the European Commission has promoted a road safety program that plans to halve the number of victims of road accidents by 2010. The Commission identifies some main areas of action: encouraging road users to behave more responsibly, making safer vehicles thanks to technological innovations, improving road infrastructures through information and communication technologies.

In Italy, at a national level, road safety is one of the fundamental objectives of both the 2006-2008 National Health Plan and the 2005-2007 National Prevention Plan.

Numerous regional plans have also been promulgated to establish centres and observatories on mobility and traffic and for road education for users, from schools to families.