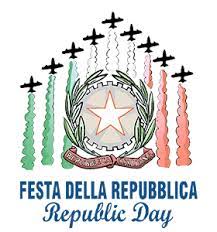 June 2nd is the date on which Italian people celebrate the Republic. But why is it celebrated  on June 2nd? And what is the story of this day that changed the history of Italy?

Every year, on June 2, the referendum of 1946 is remembered, which, after the Second World War,  sanctioned the end of the monarchy and the birth of the Republic.

The celebrations on  this date involve the Armed Forces, the Police Forces of the Republic, the National Corps of Firefighters, the National Corps of the Italian Red Cross and some military delegations of the UN, NATO and the European Union. The protocol of the celebration foresees that a laurel wreath must be placed on the Unknown Soldier at the Altare della Patria and then the military parade takes place, in which the highest offices of the state participate. In the afternoon the gardens of the Quirinal Palace are open to the public, where the bands of the Italian Army, the Navy, the Air Force, the Carabinieri, the State Police, the Guardia di Finanza, the Corps of Penitentiary Police and the State Forestry Corps.

To understand the meaning of June 2 and the Republic Day, it is important to trace back to its origins…. Until 1946 Italy was a constitutional monarchy, regulated by the Albertine Statute. On 2 and 3 June 1946 the institutional referendum was held by universal suffrage and all Italians, including women who voted for the first time, were called to the polls to choose the form of government: monarchy or republic. With 12,718,641 votes against 10,718,502 the electors chose the republic and the Savoy family, until then in command of the monarchy, was exiled. On 2 June the voters also chose the members of the Constituent Assembly, which was entrusted with the task of drafting the new constitution.

In July 1943  Mussolini was arrested, entrusting the government to Marshal Pietro Badoglio. After the armistice of 8 September 1943, Italy had fallen into chaos and Vittorio Emanuele III had fled to Southern Italy. In this difficult climate, the idea of ​​a radical change in the governmental form of our Country began to emerge. The monarchy and Vittorio Emanuele III were considered to be the main culprits of the current situation, for having supported fascism and allowing Italy to enter the war. In 1944 Palmiro Togliatti proposed to wait for the end of the war to discuss the institutional question, thus finding an agreement between the various parties, on the basis of which Vittorio Emanuele III was relieved of his post and his powers passed to Umberto di Savoia, prince of Piedmont and heir to the throne.

The decision to postpone any decision to the end of the war was made official with the lieutenant decree number 151 of 25 June 1944, according to which it was established that, once the conflict was over, a consultation would be held to choose the form of the state and elect a ‘constituent Assembly. On January 31, 1945, the Council of Ministers then issued a decree that recognized the right to vote for women. On March 16, 1946, Prince Umberto officially decreed to organize a referendum to decide the institutional form of the state. A month before the referendum, Vittorio Emanuele III abdicated in favor of Umberto II, thus hoping to be able to attract the consent of the people to continue the monarchy.

On the evening of June 10, 1946, the results of the referendum were made known, but the proclamation of the republic was postponed to June 18 to analyze the various protests, especially relating to the minimum difference in votes between those who had chosen the republic and those who had voted for the monarchy. On June 18, the Court of Cassation confirmed the victory of the Republic. To commemorate this event, the Republic Day was established  on 2 June of every year.