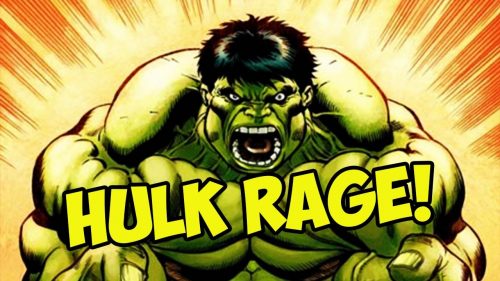 More and more often technology invades not only our daily routine, but also our mindset and our feelings. Usually, the youngsters are more sensitive  about influences that come from technology, especially from video games, films and videos.

Losing a game on console can get the players nervous enough to let them get into a rush of anger and nervousness and even lead them to break something or even hurt themselves.

Sometimes when someone  has been playing a video game for several hours and the game becomes so difficult   that game mates scream loud, the gamer loses his concentration  and so the game is over.

With his mind overloaded with blows and screams, a player, still in the throes of adrenaline, may throw his joystick against the wall because of  anger/excitement, such a scene could almost make you laugh. Getting angry for losing at a video game, in fact, is definitely an exaggeration. But it can also be spontaneous and physiological if you have been active in a virtual world for several hours. That reaction of anger, in fact, has a name and is not just about the world of video games. It is called “rage quit” and it is an increasingly studied phenomenon as it tends to occur frequently. In 2019, about 16 thousand people were injured during a video game match, and this figure is not just about teenagers. Most of the victims of these attacks are between the ages of 17 and 35. Kids who beat brothers or cousins to vent their anger and kick objects hurting themselves or causing tendonitis, but what is the origin of such a phenomenon? How can one get to such an extreme situation simply by doing an activity supposed to be a fun pastime? This phenomenon occurs when, taken by anger, we stop the activity we are carrying out. It also happens very frequently in sports when the athlete, in anger because he is losing, leaves the playing field because he is too nervous.

Or even in situations of everyday life in which one feels pushed to the limit. Surely, the primary source for such a reaction is the sense of frustration that comes from the high performance required. The problem with video games, which is also what makes them fun, is that they are designed to maximize game performance. During this phase, failure generates frustration, frustration that perhaps derives from patterns of social behaviour assimilated over time. Today this attitude is mainly associated with the use of violent video games, in which shootings take place, but the reasons may be different. Surely the strong point of video games is the fact that, thanks to the advanced technology and defined and engaging graphics, they completely mesmerize the player.

They are so realistic, whether you are a teenager or an adult, you find yourself immersed in this new reality. Therefore, this frustration leads to an increase in the level of anger and nervousness. Obviously, all this varies according to the personal and specific characteristics: there are people who spend several hours in front of the screen but then, when they finish playing, everything ends and everything turns calm. Others, by contrast, use anger as a primary channel, affecting complicated family or social situations. Other reactions can be throwing the joystick and walking away.

Some games considered responsible for gamers’ anger and nervousness are : Fifa, Call of Duty, Fortnite, League of legends, just to mention a few.

To avoid these reactions, the right thing to do is to reduce playing sections,  taking small breaks in moments of anger, which should help calm down quickly.