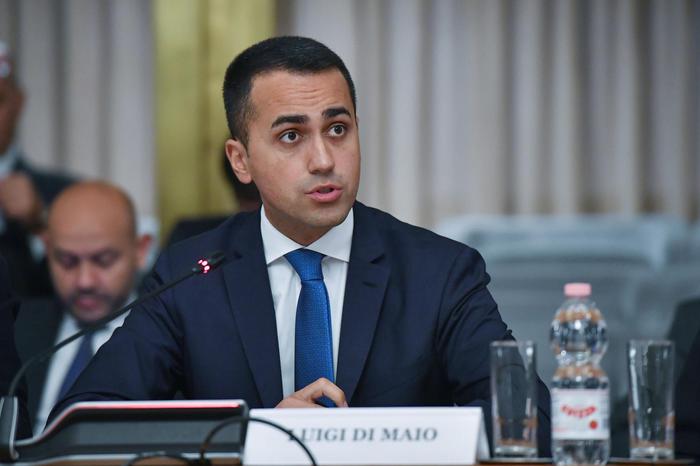 Foreign Minister Luigi Di Maio may travel to Kiev Tuesday on a mission to avert a Russian invasion of Ukraine, and may see his Russian counterpart Sergey Lavrov in Moscow later ths week, sources said Monday.

Moscow has massed almost 150,000 troops on Ukraine’s borders and the United States has said an attack may be imminent.

Di Maio said earlier Monday “as Italy we are determined to send to Moscow clear, united, and firm messages, in close liaison with our European allies and partners, NATO and OSCE, that will discourage any aggression or escalation.

“At the same time we are maintaining our commitment to favour a diplomatic and sustainable solution, also in the framework of the Minsk Accords and the Normandy Format”.

Italy’s cybersecurity agency said Monday that the Ukraine crisis “increases the cyber risks facing Italian firms with ties to operators in Ukraine, stemming from possible damage to digital objectives in that country”. It urged businesses to up the protection levels of their digital infrastructure.

Russian Foreign Minister Lavrov told President Vladimir Putin Monday that there was a chance of reaching an agreement with the West on Ukraine. Defence Minister Sergey Shoigu announced that some of Moscow’s armed forces’ exercises were coming to an end, TASS said.

German Chancellor Olaf Scholz said the issue of Ukraine joining NATO was not currently on the agenda. “It’s strange that Russia is acting as if it were,” he said after talks in Kiev.

A Brussels official said it was possible that there will be an ad hoc session of European leaders on Ukraine on the margins of the summit between the EU and the African Union. The call will depend on the outcome of Scholz’s mission to Kiev and Moscow, the functionary said. There is also a chance of a virtual NATO summit. The decision is up to duty president Germany.

On the possibility of a Russian attack as early as Wednesday, intelligence sources said “there are no signs of de-escalation, but we don’t know if the decision has already been taken by Russia or if Moscow is bluffing, according to the official.

The EU is working on an ad hoc plan for refugees from Ukraine, with a high-ranking official saying “we are working on support by the Union on the Ukraine borders and I am urging all member States to show solidarity”. He drew a distinction between the Belarus crisis, when Poland shut its borders to flows from Minsk, and the Ukraine situation, saying “the situation is different: there there was a hybrid attack, and here it would be a crisis with people fleeing to save their lives”.