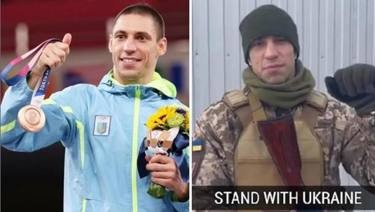 PEACE IS MORE PRECIOUS THAN TRIUMPH 

Sport has always been seen, since ancient times, as a way of teaching and spreading the right values such as loyalty and respect.

Suffice it to say that since the first Olympics, during the conduct of the races, any kind of war or conflict was suspended precisely to convey the message that sport is synonymous with peace.

By practicing a sport you learn, as well as improving and keeping your physical health, that you should never give up in front of difficulties but you must always fight to achieve their goals, not only in sport but especially in everyday life. All this involves commitment, sacrifice, and perseverance, which are the basis of great goals and great victories.

In recent weeks, world peace is further tested as a result of continued Russian attacks against the Ukrainian people.

According to recent news, the great Ukrainian athlete Stanislav Horuna, as the Gazzetta del Sud writes “goes from the tatami to the battlefield” to try to defend his country.

The young 33-year-old, bronze medalist in Kumite at the last Tokyo Olympics, has chosen to fight for peace in his country and to try to keep alive the values that sport has taught him.

After expressing, with anger, bitterness, and disappointment, his criticism of the Russian government in particular by addressing directly Vladimir Putin, he reveals with the publication of a post on Instagram his choice and invites the whole world through a video, in which he appears in uniform and with a rifle in his hands, to donate as much as possible to help his countrymen.

Now in his profile, there is no more room for funny videos that reflect his way of being, but only videos about the war in Ukraine.

His posts have been shared by thousands of people including his opponents who have shown their support, because “peace is more precious than triumph” and this is what sport teaches us.

Like him, other athletes have decided to fight to defend Ukraine and this is the demonstration that sport teaches but unfortunately is not enough to ensure serenity and brotherhood between countries.