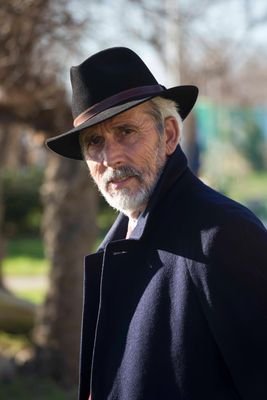 NOT ONLY SHOAH: THE DRAMATIC AND LITTLE KNOWN STORY OF PIERINO CIENO.

Pierino Cieno is an Italian man who was the main character of a dramatic and little known page of history: due to his origins, was locked up in Albanian concentration camps during the first 40 years of his life.

In 1951 his father, an engineer, went there to take part in the reconstruction of the Country; he was expatriated while the son, Pierino, still at an early age, was taken prisoner with his mother.

During his childhood, the camp authorities decided to let him attend the Country’s school.

He will be released in the 90’s on the eve of his 40th birthday, during the preparation for the World  Football Cup.

On the occasion of the “European Day of the Righteous”, at the “Alcide De Gasperi” Comprehensive School in Marsala, the pupils of three classes of the lower secondary school had the honor to meet him by videoconference.

He told students about 40 years of pain that words can hardly describe. A pain that was visible in his eyes, in his voice, in the energy with which Pierino Cieno told about his school years, the way he was called “enemy”, the impossibility of speaking the Italian language, the forced labor and, above all, the dream of freedom. When he was free one of his greatest wishes, which he himself mentioned in his book, was to meet his father again and managed to reach him, he crossed the Balkans and Italy to Sardinia, in a 128-hour journey together with his son Leone said Leoncino.

He told students memorable words: “Freedom has given birth to an incredible strength within us. I started living at 40. Today I am happy, I have a great desire to live, to tell as many people as possible what happened to us. Time is precious. I want to live intensely all the days I have left”. Moreover, he added: “I need you. So that you, with your memory, restore justice to those who are not remembered.”

It was, surely, a strong witness that has given both students and teachers the opportunity to reflect on the values ​​of democracy and freedom.