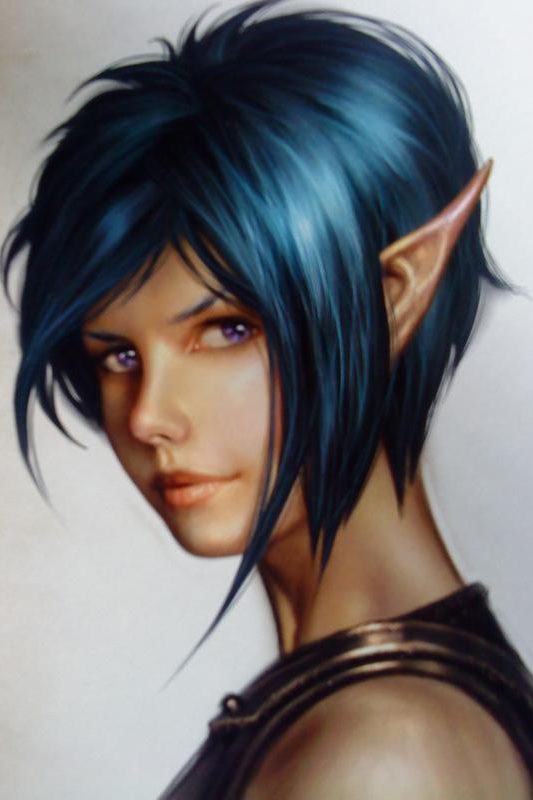 “Cronache del mondo emerso” is a fantasy novel where the external narrator tells the long story of a big war that takes its place in the “Emerged World”. This place is further distinguished in different lands (Fire land, Water Land, Night Land, ecc.) that have been progressively conquered by some terrifying creatures called “fammins” controlled by an evil black wizard known as “Tyrant”.

The protagonists of the story are: Nihal, a woman who belongs to the now extinct species of middle-elves ( half humans and half elves) and dreams about becoming a powerful dragon knight, and Sennar , a young boy native of the Water Land who has moved to the Wind Land (where he’s met Nihal) to study magic with the witch Soana (Nihal’s aunt) to become a member of the Wizards’ Council.

This novel is a triumph of spells, unknown and ancient languages, descriptions of spectacular and fantastic natural landscapes and mythological creatures like dragons, witches, wizards, mermaids, nymphs, elves, gnomes and many others. But the most interesting peculiarity, in my opinion, is the richness in the descriptions of battles that make the reader feel every single sensation and terrible feeling that these bring with themselves.

At this point you may ask “What has this fantastic world with dragons and wizards to do with women? Well, I’m going to explain my choice right now: since the novel takes place in a fantasy world where all kind of mythological creatures live together, you could probably expect that in their society men and women are equal and that everybody is free to express himself/herself without being judged by anyone, but no. There are many examples of discriminatory episodes towards Nihal during her journey to become a real dragon knight:

1)The story begins with Nihal as a kid who’s playing with her friends pretending to be a knight who’s defeating an evil fammins’ group. At first everybody makes fun of her because, being a girl, she’s expected to be playing with dolls and not with a fake sword, but she has a very strong personality and decides to demonstrate that she can act as if she is a real powerful knight and, while playing, beats the boys that are playing the fammins’ role. From that moment on, all the children stop making fun of her because they start feeling fear but also admiration for her.

2)Nihal is grown and has become a teenager that is always closer to live her dream and now is trying to get into the most prestigious “Dragon knights’ Academy” to study and become a real and recognized knight. But the Academy’s rector, the knights’ order’s supreme general, Raven, doesn’t approve her request because she’s a woman and, if he would let her attend his academy, it could lose its prestige and the other knights would think bad of him for letting a woman do a man’s job. At first Nihal feels very bad: only because of her gender she can’t live her dream. But then she realizes she can’t let him put her down and starts insulting him. At this point Raven has an idea, he proposes her a very hard challenge(taking for granted that she could never win because she’s considered just a presumptuous woman who wants everyone’s attention on her ): he will let her attend his academy if she is able to defeat 10 of his best knights, without having a pause between the fight with a man and his consecutive. Everyone comes to see the crazy girl who has decided to accept the challenge and no one thinks that she could ever defeat even only one of Raven’s man, because she’s a woman and she is for sure weaker than them. The fight begins and Nihal chooses her weapon, a simple sword that she uses for the rest of the fight without changing it. She defeats progressively all her rivals and everyone seems to be excited but also scared of her, someone even starts cheering for her . When the 10th and last man presents himself everyone seems very scared because he is very big,muscled and scary (we will discover only after that he was hired by Raven to kill her and was a professional hit man) he almost wins, but then Nihal takes all her last strength and defeats him. She wins under the incredulous gaze of all the people who witnessed the fight, Raven included.

3) After she’s earned through that almost impossible challenge her place in the Academy you could expect that everyone admires her and wants to know her, but that’s another wrong idea. All the guys who are there despise her because she is a woman and they think she doesn’t deserve to be there studying with all of them who are prestigious noblemen. They also make fun of her aspect because, being her the last middle elf living since more than a decade, young people are not used to see in a normal way her blue hair, her purple eyes and her pointed ears (she’s considered ugly because she doesn’t respect the beauty standards for young women of her place and time). Nobody talks to her or even looks at her during the lessons, that isn’t a place for a woman and they want her to understand that.

4) While the other students have the right to sleep in a comfortable room, Raven has reserved her a dark, small and uncomfortable closet, far from all the other rooms, where there isn’t even a real bed (in fact she sleeps on some straw).

These are the most impressive and explicit examples of discrimination that I’ve found and it is the main reason why I’ve decided to choose this book to talk about the discriminations against women. In my opinion the author, Licia Troisi, has put these episodes of discrimination against her protagonist to make people reflect on women’s social situation here in Italy. Today women have the right to become whatever they want: a doctor, a lawyer, a teacher, a chef but also an engineer, an architect, a bricklayer, a mechanic or a soldier. The latter I mentioned are the ones considered to be less common for a female and I think that the reason is that there are still too many prejudices against women doing these jobs considered typically manly. From my point of view women nowadays live behind a kind of false social freedom that is expressed in this book with Nihal’s story that I’ve personally interpreted as a big metaphor. In fact where she lives there isn’t a real law that forbids women to become knights, but as soon as a woman decides to be one, rather than becoming the great mother and wife that she’s expected to be ,everybody tries to exclude her from social life to make her feel guilty of a fault that she hasn’t committed, makes fun of her and despises her. In the same way women these days can work or try to be themselves for example wearing clothes considered to be typically for men but it happens too many times daily to hear someone tell them “ so you decided to choose a career rather than having a family, what a waste, you would have been a great mother , are you sure of your choice?”, “ you are a woman how can you not be wanting to marry a man and become a great mother?”, “ you are a girl why are you interested in motorbikes? (or other topics considered to be typically for men), “why have you got this masculine attitude? You should start behaving like a girl or no one will ever want to marry you”, “ why are you always wearing sweatshirts and never trying to look more feminine wearing for example a dress or a skirt? You should care more about your appearance as a real woman does”.

Another very important aspect that I would like to underline is the way the writer talks about women’s work condition through the episode of Nihal’s fight: while reading it I’ve found myself thinking about how men are always facilitated in doing the same job as women. A man who tries to become successful in his work career will never be judged too weak or too stupid , nobody will ever say to him “oh wow you had a great idea even if you are man, I didn’t expect you to come out with such an interesting proposal”. If a man has success he will never hear his co-workers saying “ he didn’t deserve to have that promotion, he has for sure done something with the boss”or “yeah he was promoted only because he’s got a great body otherwise he wouldn’t have had any chance”. If the boss of a company whom a successful woman works for, is a man, there will always be someone saying that she was promoted not for her talent or her intelligence, but because she has slept with her boss (or something like that).

Nihal, to be honest, was the only one who had deserved to be a student in Raven’s academy because she had fought with all her strength, with blood and sweat (literally). All those other noble guys were students there only because their fathers were important members of the knights’ council, generals or well known rich men, they didn’t even have to do a test to be admitted: they were men and it was taken for granted that they deserved to be there without even having to prove their fighting skills. And even if they knew it they despised and tried to isolate Nihal , knowing how much pain she had borne to be there, probably because they felt inferior and weak if they tried to compare themselves to her. They were all envious and couldn’t bear a woman to successfully surpass them with her strength and her intelligence even if put in a position far more disadvantaged than them so they felt the need to belittle all the efforts she had made to join the academy.