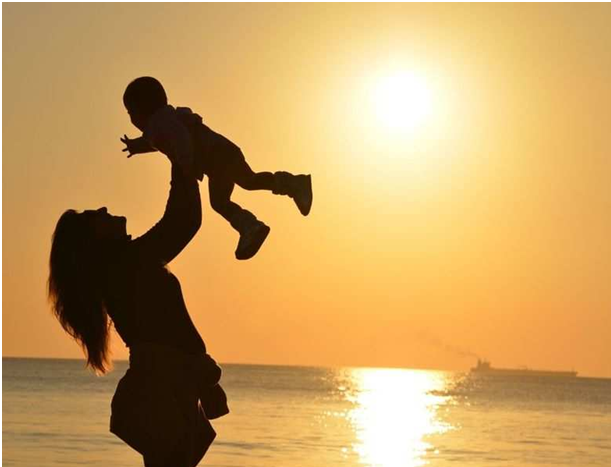 MOTHER’S DAY: The strength of a woman

The second Sunday of May all over the world mothers, the heroines of every day, were celebrated.

It was a daughter that loved and esteemed her mother who proposed Mother’s Day. Her name was Anne Jervis. Her mother, Ann Reeves Jarvis, was an activist for peace, so determined to fight high infant-mortality rates that began to organize Mother’s Day work clubs, providing desperately needed education, medicine and supplies. After the Civil War began, Anne’s mother leveraged her clubs to provide food, clothing and medical care to soldiers. Jarvis’ impact was so powerful that she inspired her daughter to campaign for a national holiday honoring mothers. Infact, after her death, Anne decided to establish Mother’s Day as a way of honoring the sacrifices mothers made for their children. So on 10th May 1909 she organized the first official celebration at a Methodist church in Grafton, West Virginia. On that day everyone wore a white carnation as a badge, her mom’s favorite flower, and visited one’s mother or attended church services. In 1914 the president Woodrow Wilson made it a national holiday and Mother’s Day, with the symbol of carnation, traveled the world reaching all countries, creating numerous traditions.

In Thailand, for example, Mother’s Day is always celebrated in August on the birthday of the current queen, Sirikit. Or in Ethiopia families gather each fall to sing songs and eat at a large feast. At times, Mother’s Day has also been a date for launching political or feminist causes. This is the case of Coretta Scott King, wife of Martin Luther King, Jr., who used Mother’s Day to host a march in support of underprivileged women and children in 1968.

Coretta is just one name of the long list of mothers who changed history while taking care of their children. Like her, also Abigail Adams (1744-1818) was active in politics while she raised six children. She was not only the wife of a president but also the mother of another president. As the first First Lady to live at the White House, Abigail wrote an extensive collection of letters on politics advice and on her observations about the Revolutionary War.

Not to mention Bridget Biddy Mason (1818-1891), a freed slave who went to the court of California to obtain her freedom and that of her three daughters. After that, Biddy saved money to buy property from working as a nurse and midwife. She was one of the first black Americans to own property in Los Angeles, and she used her financial ability to help start an elementary school for black children, gave money to the poor, visited prisons, and tried to help her community in any way. The first black church in Los Angeles met in her home, and she donated the land where was later built the First African Methodist Episcopal (A.M.E.) Church in Los Angeles, California.

No list of the great women of the past is complete without Marie Curie (1867-1934), best known for her Nobel Prize for physics and chemistry. Mother to two girls,  Irene e Eve, she raised them alone after their father’s death. She wanted to teach them to be independent and to realize their targets. Irenee Eve was her pride: one of Curie’s daughters followed her mother’s footsteps into the field of radioactivity and won a Nobel Prize for chemistry . Despite her fame, Marie Curie always called her daughters “my greatest wealth”.

And to conclude we will tell you about an unknown woman: she was not an activist, neither a wife of a president, not a world-famous physicist, not a woman with a degree and university professor, but a not wealthy and little educated woman who gave her son a bright future.

Fulvio Frisone was a boy suffering from dystonic spastic quadriparesis, an almost completely disabling disease. But his mother, Lucia Frisone, did not stop at the scenario of pain and renunciation that the doctors had foreseen for him. Thanks to her today Fulvio made his dreams come true: he is a world-famous nuclear physicist, employed at the National Institute of Nuclear Physics in Catania.

These women are the testimony of the strength of a mother, of her determination, tenacity, courage. Driven by love they are capable of anything. Children are not an impediment for them, but children are their springboard, their pride, their motivation.

On this May 8, 2022 we want to celebrate our mothers, for their sacrifices and their help, but we also want to remember every woman in the world who has won the woman’s biggest challenge: to be a mother.