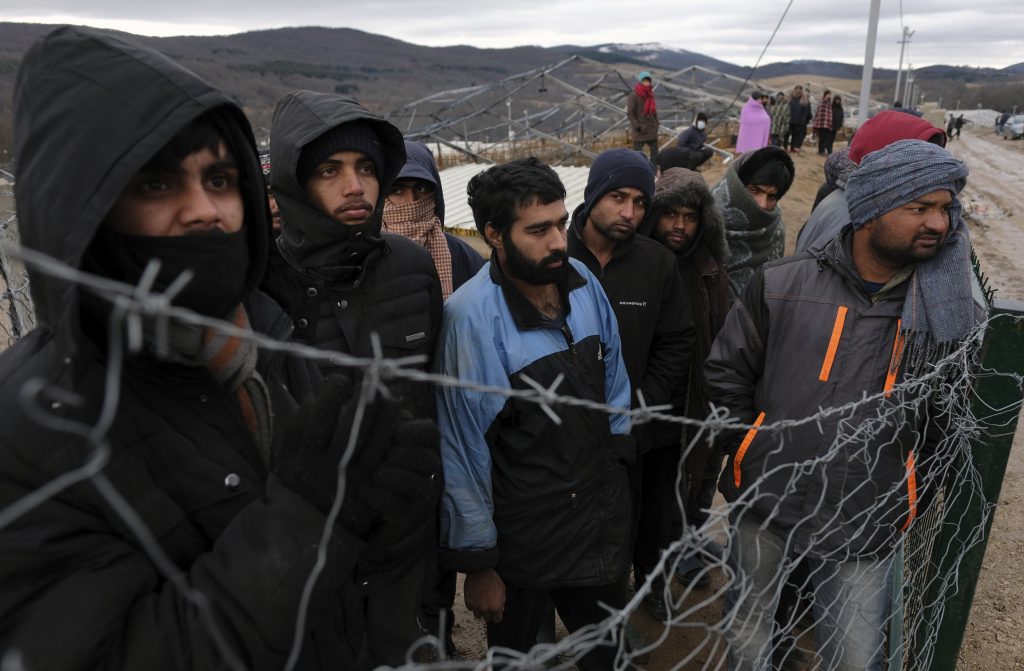 MIGRANTS AT LIPA CAMP IN BOSNIA AND HOLOCAUST MEMORIAL DAY.

The migrants from Lipa, Bosnia, have been freezing without water and without electricity for weeks now, but no one is doing anything to help them.

The images that come to us tell a terrible reality, that of a West that no longer wants to welcome those who need help.

The world of humanitarian organisations has mobilised to provide assistance to migrants left without a place to go after the closure and fire of the Lipa refugee camp in north-east Bosnia and Herzegovina. But a wall of indifference paralyzes the lives of these people who have fled their countries in search of an opportunity. This is where the Balkan route slams into Europe’s fortified wall, until the boldest attempt ‘the game’, the ‘game’, as the attempt to cross the Croatian border is called around here. For those who still have enough strength in their bodies, the batons and beatings of the Croatian police – famous for the effectiveness of their rejections – are less afraid of a sentence of oblivion.

January 27 is Remembrance Day. It coincides with the liberationof the Auschwitz lager and recalls the victims, millions of people,of nazi-fascist madness. It was primarily the Jewish people whosuffered the dramatic and unacceptable consequences, but, asyou know, genocide, referred to as the Holocaust, is the mostdisturbing aspect of an extermination that affected those whoopposed the regime of Hitler and his allies, Mussolini first andforemost.

What such a day means almost eighty years after those events isobvious. We have heard it repeated, we hear it repeated to thepoint of habituation, we can sum it up in two words: never again.In other words, over and above ideological and politicalcategories, we should have learned our lesson. Question: havewe learned it? We all know what the answer is. Perhaps there isno point in answering either: the question is rhetorical, possiblysuperfluous and destabilising. And at one time it puts us in frontof our limits.

We read that the European Union, which in wordscondemns the humanitarian catastrophe that is takingplace, fills the coffers of Sarajevo to keep the migrants andprevent them from crossing the border and reaching theCommunity states. ‘Humanitarian aid’, these funds aredefined. It was the same thing in 2016 with Turkey.

Immigration must be managed, regulated: we cannotaccept everyone. But we don’t even license to look theother way, acquiesceting our consciences with days toremember the horror that it was, forgetting instead of thehorrors of now. The Holocaust was a huge tragedy. Certaintragedies of our time are a continuation of this; the refugeecamps in Bosnia are just one example, the one closest tous. We would not honour memory without noting that thelesson remains open, all to be acquired and learned If wedo not find awareness of it, it would mean that 27 January,which we fill with emphatic speeches and terrible images, isjust a mock commemoration to hide our hypocrisy.