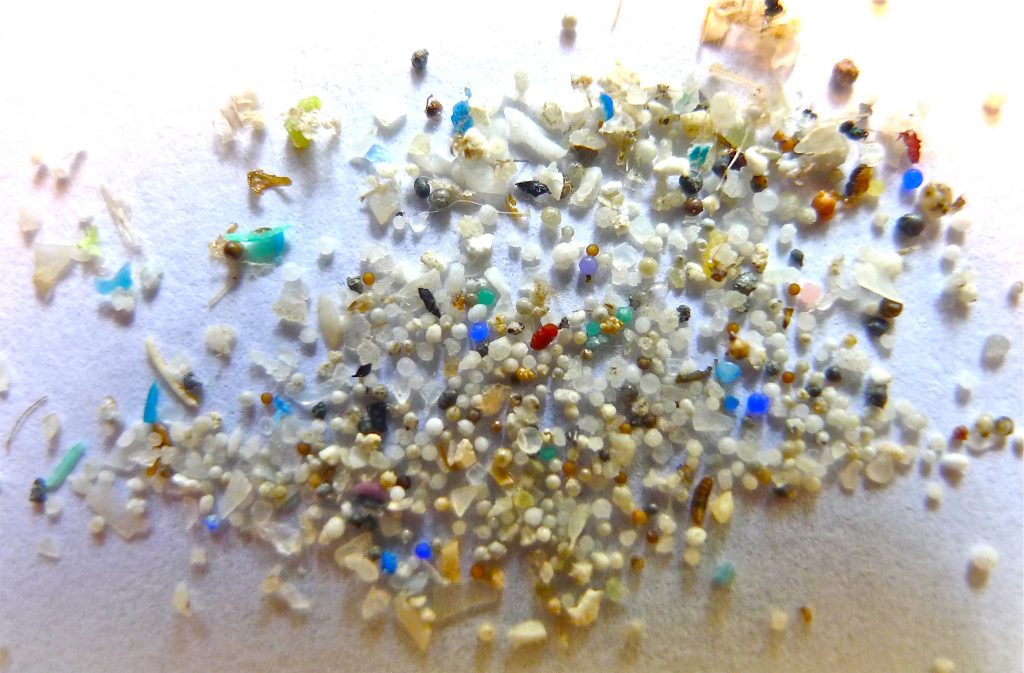 Microplastic contamination in food can be found in fish and shellfish, algae, salt, tap water and even bottled water. We consume them so often that according to the European Commission, microplastics have already entered the human food chain.

If the effect of larger pieces of plastic is better known because we can all see plastic on our beaches or for photos of birds and marine mammals with large amounts of plastic waste in their stomachs, there is a more serious threat, that of microplastics.

Microplastics are defined as all particles whose dimensions are between 330 micrometers and 5 millimeters. They can have an industrial origin or result from the breakdown of larger waste by physical agents, such as wind, wave motion or ultraviolet light.

A study published in the journal Environmental Science and Technology states that it is possible that each of us “consume” between 39,000 and 52,000 particles of microplastic each year. Adding the estimates of inhaled microplastics, the figure rises to over 74,000.

So what happens to the plastic inside our bodies?

This spring, scientists from the Netherlands and the UK announced that they have found tiny plastic particles in living humans, in two places where they have never been seen before: deep in the lungs of a patient undergoing surgery and in the blood of a patient. anonymous donors. Neither study addressed the question of possible damage, but both indicated that we can no longer ignore the extent of the cloud of volatile dust that surrounds us, particles so small that they can penetrate deep into the body and even into cells, where microplastics bigger don’t come.