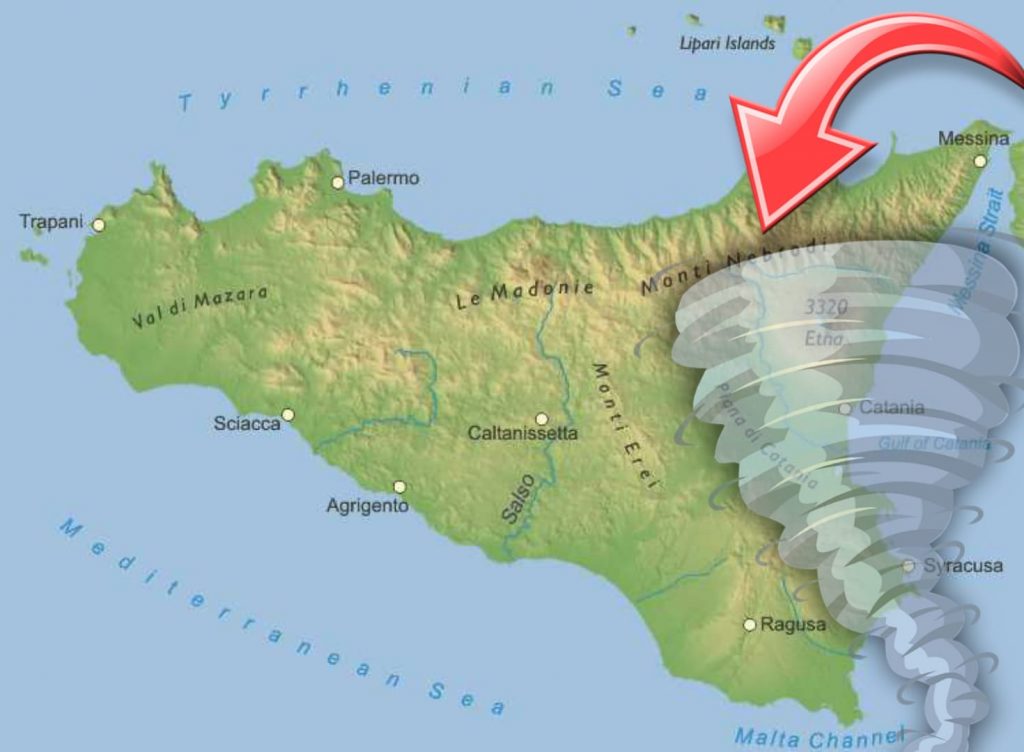 The name Medicane is a word of English origin and derives from the fusion of Mediterranean and Hurricane. Medicanes are tropical cyclones that are less violent than hurricanes. They form in the Mediterranean Sea and like hurricanes, have a spiral shape. Both hurricanes and Medicanes cause bad weather, in particular heavy rainfall and strong wind gusts, but Medicanes, compared to hurricanes, die out within a few days.

The first  phenomena of this kind occurred around 1969 and recurred approximately every two or three years; since 2000, the Medicane have become more frequent.

On 24 October 2021, Medicane arrived in Sicily and Calabria, especially in the Catania area. Particularly in the province and city of Catania, these tropical cyclones caused damage to both property and people (trees were uprooted, streams and rivers overflowed, roads were flooded, roofs were blown off and much more).

In the province of Catania, to be precise, there were two victims in Scordia and one in Gravina di Catania.

These violent and sudden phenomena are unfortunately caused by climate change.

Rising temperatures are significantly changing the behaviour of rainfall, which is becoming more frequent and abundant than it used to be.

This is why each one of us should contribute with small gestures to prevent the temperature from rising and to save the Earth, as set out in the 2030 Agenda where the Heads of State and Government have set themselves targets to achieve this goal. On 24 October my school was closed because of a cyclone. They had already said on the news that there would be one during the night, so everyone, including me, waited anxiously, always looking out of the window to see when it would arrive.

In Catania, for example, people had already equipped themselves with protections such as bags full of Etna soil to put in front of shops to prevent water from entering.

I was very disappointed that we had closed the school and I was also very afraid if something happened because of the cyclone.

I was always looking out of the window to see when it would end.

When it was over I called all my relatives and friends to see how they were and if anything had happened to them. In the end we were very lucky because the sun was shining the next day.