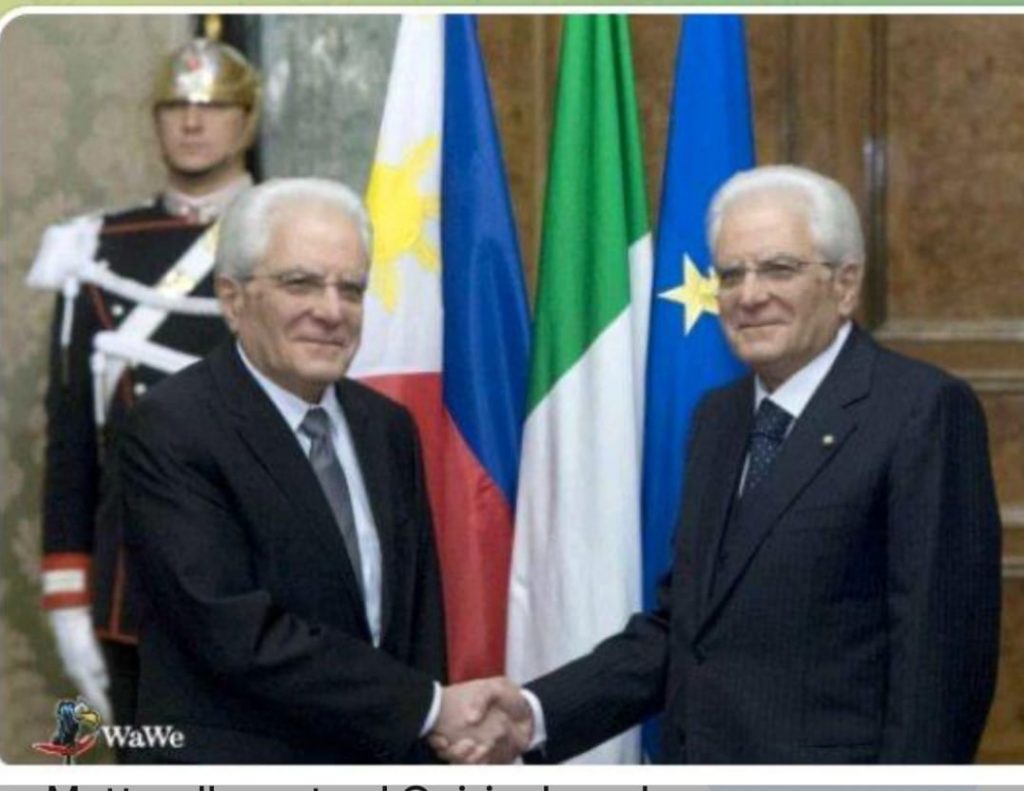 … A VICTORY OR A FAILURE OF ITALY?

A twist in the election of the Head of State of the Italian Republic.

After the last year-end speech by our President Sergio Mattarella, held on December 31, 2021, it seemed that everything was decided but the games were not closed yet!

The parties, unable to find an agreement on the future president of Italy, at the end of the term, invited Mattarella to lead the country again and he accepted.

So on February 3, 2022 Sergio Mattarella was re-elected Head of State for the second time with 759 votes in favor out of 983 voters present at the eighth ballot.

The people witnessed the failure and discredit of politics, the crumbling of political parties and the loss of credibility of the values ​​of democracy.

The only re – election of a president in Italy dates back to 9 years ago when President Giorgio Napolitano was elected for the second consecutive time and today we are helplessly witnessing the re-election of President Sergio Mattarella.

Mattarella explained to the Italians that his rethinking was due to a sense of responsibility towards his citizens.

The reasons were related to the seriousness of the health emergency and to his sense of duty which had to prevail over other personal and different considerations, almost as if he were making a sacrifice for Italy, interpreting the expectations and hopes of Italians.

But if so, why did he previously vetoed the possibility of a Mattarella bis?

The truth is another!

Mattarella bis, more than a sacrifice for the collective well-being, seems to be a more comfortable political arrangement for all the politicians and the majority of the government.

Parliament is sovereign, but unfortunately its representatives, despite being elected by the people, no longer represent their constituents and this is the biggest failure of democracy.

The choice of the 1009 great voters called to vote for the President of the Republic was a political maneuver that has nothing to do with the desire to guarantee stability to the country in these dark and difficult times.

The inability of political parties and of the government to govern and make decisions in the collective interest is clear.

Surely President Mattarella will carry out his mandate with authority, competence and seriousness; he will be the absolute guarantor of the values ​​of our Constitution and point of reference and guide for our country; he will face the economic and social challenges connected to the recovery from the pandemic, but in my opinion he has failed in the objective essence of his institutional role, of being super partes, bowing to the will of the parties (linked to a personal interest) and not of the Italians (who are clamoring for collective well-being).

As I wrote at the end of the previous article on Mattarella, the words of the poet Dante are always current: Italy is “a ship without a captain during the storm”.

A bitter reflection on the political condition of Italy which today has found its captain, but which is still sailing in the storm.