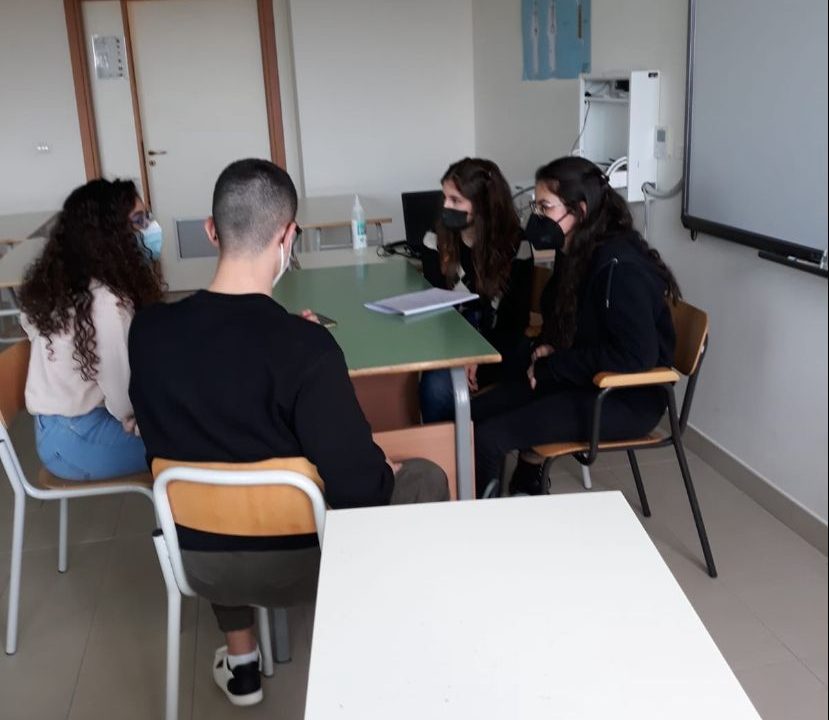 What is the students’ opinion?

The pandemic shocked the daily and school life of many students. For this reason we have decided to ask some of them, from the first and last year of the “L.Einaudi” high school, for their opinions on this difficult historical period, in particular on how, according to them, the school has dealt with all this.

What do you think about this new organization that provides both distance learning and lessons in presence? Do you think there have been some mistakes? How would you improve it?

First year student: “I like it because going to school every other day in presence you can wake up later sometimes, and that is convenient especially for commuters. Now that some time has passed, I would like to go to school every day and be with my classmates. Staying a bit at home and a bit at school is less tiring, but on the other hand we who attend the first year haven’t had the possibility to know each other well. We were together the first months of school and then we were split into two groups”.

Last year student: “In my opinion it’s good that we are all together in class, but the problem is that the spaces are limited. Our school had the idea of ​​creating a few  outdoor areas where  class groups can attend lessons when the weather is nice. It was a smart idea but not feasible for everyone. Only students of the last year are now all in presence, but when we were half online and half in the classroom the main problem was that the teachers found it difficult to follow all of them efficiently”.

Do you think the school has handled the situation well? What do you think of the anti-covid procedures taken? In your opinion were they sufficient and effective?

First year student: “The precautions taken by the school are very effective. The presence in the classroom of the fifty percent of the students is certainly better in terms of safety, there is more distance in the classroom and less chance of contagion. Many schools closed shortly after reopening, but ours is still open, so excellent precautions have certainly been taken. When we enter or leave school and during the breaks there are gatherings that we could avoid, but the mask and the temperature measurement are useful. We feel safe going back to school in presence”..

Fifth year student: “The school did not act in the best way by dividing the classes, but the prevention system is good, for example the fact that they take your temperature at the entrance. The problem is keeping your distance, especially when the classrooms are full. However I think that the school staff is doing whatever can be done, according to the directives of the Ministry. The situation has been handled as well as possible”.

We wanted to know if the first year students had difficulty building relationships with their new classmates and with the new teachers.

“In the first months of school we were all in presence and we were starting to get to know each other. When we switched to distance learning we kept in touch by making video calls but it’s not the same as seeing each other live. With the teachers it is alright, we got to know them both in distance learning and in presence, they helped us a lot and they understood us”.

Now let’s see the relationships between the teachers and the fifth year students:  how has their behavior changed? Were they close to you in this difficult time?

“At first the professors were as confused as we were for the new situation. Now I think we were pretty lucky as the teachers, who have known us for five years, have been very understanding and helpful, considering what we are going to face: the final exams!”

Compared to before the arrival of the virus, do you feel less motivated to study? How have your habits changed?

First year student:  “For me it’s like when we were in middle school. It’s hard to see that when there was only distance learning, we had to stay six hours in front of the computer doing lots of exercises, and now that we are in presence teachers think about testing us all the time”.

Fifth year student: I was very unmotivated, especially when I  stayed at home all day. Now, since we went back to school I feel more motivated and better as I am with my classmates again and I’m picking up on old habits.

As we have been affected by the pandemic for more than one year, how do you feel emotionally and what impact did it have on your life?

First year student: ”When they locked us up at home, I was at middle school and I was supposed to take a school trip to London. During the lockdown I only had contact with my family, so that situation had a bad impact on my mood. It’s very bad that we have to stay indoors and can’t go out when we want. It is sad that we have lost many beautiful experiences that we could have had, such as trips or student meetings, but we will try to make up for them in the next four years”.

Fifth year student: “In my opinion this situation has limited freedom and severed a lot of relationships; not being able to hang out has been tough for everyone”.